Posted on December 9, 2017 by Michael Froomkin

My father, Joseph N. Froomkin, died early this morning. I don’t have the words for this, but my brother Dan is a journalist, and has written an obituary:

Joseph N. Froomkin was a prolific Washington, D.C.-based economist who made significant contributions to the field of policy analysis during his time in and out of government. He was an early and strong advocate for making decisions about federal education policy based on rigorous, computerized analysis of data, rather than being swayed by anecdotes or politics. And he was one of the first economists to show that the data didn’t support politicians who cited increases in automation as a scapegoat to explain unemployment. (Fifty years later, economists are still fighting the politicians on that one!)

After getting his Ph.D. in economics from the University of Chicago, Froomkin was a program planner at IBM and managed its Data Processing Division’s market research department from 1957 to 1966. In 1966, he was tapped to join the Lyndon Johnson administration as Assistant Commissioner for Program Planning and Evaluation at the U.S. Office of Education, which was then part of the Department of Health, Education and Welfare (HEW).

At the Office of Education

In that role, from 1966 to 1969, Froomkin introduced data-based policy analysis to federal education programs.

The 1965 Elementary and Secondary Education Act was a cornerstone of President Lyndon B. Johnson’s “War on Poverty.” It represented a landmark commitment to equal access to quality education. The bill’s principal architect, Sen. Robert F. Kennedy, mandated evaluation as an accountability mechanism for the huge increase in federal funding. But when Froomkin arrived at USOE, he found that the federal government didn’t know what its education money was accomplishing.

“Joe was brought in to make the planning functions more systematic, and to introduce data and information into the decision making process,” said Cora Beebe Fosdick, who worked for Froomkin at the Office of Education before going on to hold senior level policy positions at the Office of Management and Budget, the Treasury, Education and Commerce departments, and the Environmental Protection Agency.

“The Office of Education was allocating money to where the politicians and the program managers thought it ought to be going, without much consideration of where it was most effective,” she said. “Joe argued strongly to inform the budget decisions and other activities with the information he had on what worked and what didn’t work.”

His rigor sometimes made him unpopular. “He was goring program officers who wanted their programs increased and he was goring individuals on the Hill when we tried to kill their favorite program,” Beebe said.

A 1974 Rand retrospective on the role of evaluation in the governance of Title 1 aid intended to help poor children described how Froomkin butted heads with state and local school officials as well as more politically-minded, educational-establishment colleagues. To collect and assess hard data on the impact of Title I programs. Froomkin proposed to essentially replicate the surveys used by the landmark Coleman Report in 1964, which first documented what came to be known as the achievement gap between African-American children and their white counterparts in school.

Froomkin wanted to measure the change in achievement brought about by programs for disadvantaged children, particularly in large urban areas. But that kind of federal evaluation was fiercely opposed by state and local school leaders, who feared both federal interference and what the data would show.

Froomkin’s “decision to ignore the purely political aspects of evaluation frustrated his own evaluation plans,” the Rand researcher concluded. “I was shot down by the Chief State School Officers and the Commissioner. The Chiefs didn’t want the feds mucking around,” Froomkin told the researcher.

Beebe also said that Froomkin gave women staffers opportunities for advancement that were unavailable to them in most other offices at the time.

Froomkin was one of the heroes in a 1968 Reader’s Digest article titled “Tell Us the Truth, Uncle Sam,” (see page 7) about the U.S. government’s credibility problems.

The author, John Barron, wrote that while President Johnson’s Office of Economic Opportunity (OEO) had “claimed marvelous success for Upward Bound, a program with the worthy objective of putting poor youngsters through college, a study by Froomkin concluded that ‘More than half dropped out by the beginning of the sophomore year.'”

OEO angrily “condemned the report as inaccurate and stated that Froomkin had agreed to make corrections on the basis of ‘more complete data’ OEO had supplied.” But, Barron wrote: “He had agreed to no such thing. Rather, he had asked OEO to send along any ‘new data,’ but none was ever provided. Moreover, Froomkin’s report was based entirely on statements OEO itself had made to Congress. ‘I’m all for the idea of Upward Bound,’ he says. “But why not admit how difficult the job really is?’ ”

In 1968, Froomkin coauthored a seminal book titled “Technology and Jobs: Automation in Perspective.” The book was the first rigorous analysis, largely based on census and labor-force data, that refuted the popularly-held view that automation would soon put many if not most Americans out of work.

Froomkin and A.J. Jaffe, director of the Manpower and Population Program at Columbia University’s Bureau of Applied Social Research, showed how jobs data did not support the assumption that increased automation and productivity would come at the cost of higher unemployment. Instead, the data showed that advances in technology and increases in productivity were going hand in hand with economic expansion.

Despite “warnings that the world would be taken over by robots” they wrote, “Our analysis revealed that productivity increases tended neither to depress nor stimulate employment.”

“Technological change is offered by politicians as a scapegoat to explain unemployment,” they wrote. “If unemployment is to be minimized, a dynamic monetary and fiscal policy is needed to balance the prospective demand.”

Brad DeLong, an economics professor at the University of California, Berkeley, was a close friend of the family when he was growing up. He said he was inspired to become an economist in part because in a city where too many professionals said what their clients wanted to hear, Froomkin’s job seemed to be to say: “ This is what is going on, and I know you do not like to hear me say this now, but in the future you will be glad you heard this.”

DeLong said he is citing Froomkin’s work in a current Berkeley research project on “working, earning, and learning in the age of intelligent tools.”

After leaving the government, Froomkin operated his own economic consulting firm for more than two decades, and founded and ran HEW’s Educational Policy Research Center for Higher Education and Society. His special focus was on analyzing and projecting the needs for funding and financial aid in higher education. But during his career he also wrote about such diverse issues as management and organization in Japanese industry, tax policy in Latin America, international competitiveness – and produced an early economic analysis of the Concorde airplane.

He was born in Harbin, China, in 1927, and grew up in the Russian Jewish communities there and in Shanghai. He graduated from St. John’s University in Shanghai at the age of 19. He reported on war criminals, refugees and other topics as a reporter for the Shanghai Evening Post.

He arrived in the U.S. at age 20 to study at the University of Chicago, and received an MBA and then a Ph.D. in economics, in 1950. After serving in the U.S. Army, he was naturalized as an American citizen.

He married Maya Pines, who was then a reporter for LIFE Magazine, in 1959. He is survived by his wife and their two sons – Michael Froomkin, a law professor at the University of Miami, and Dan Froomkin, a journalist – as well as three grandsons.

Dad wrote a partial autobiography, covering his early life up to his arrival in the US. My son David did some interviews with dad about some of the later years. We hope to publish the combined result.

The U to Forbid Back-In Parking

Posted on December 8, 2017 by Michael Froomkin 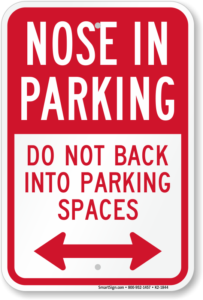 For the past two years, the Department of Parking and Transportation has been developing and implementing its License Plate Recognition (LPR) system, reads vehicle license plates and rapidly informs Parking Services Officers if vehicles are authorized to park on campus. The system has proven itself very beneficial. Permit holders are less likely to find their assigned zone overrun with illegal parkers and, more importantly, parking officers are enhancing campus safety by becoming more efficient eyes for the University of Miami Police Department.

The next step in the evolution of this technology is to switch to virtual permits, thus eliminating the need for plastic hangtags. However, Florida is among the 18 states that require a plate only on the rear of the vehicle, which creates a hurdle for the new technology. LPR-equipped vehicles cannot read the license plates of vehicles that back into parking spaces. As a result, Parking and Transportation will implement a ‘No-Back-In’ Policy starting in the spring 2018 semester.

There will be exceptions to this policy. For example, the drivers of out-of state-vehicles that have both front and back license plates will be able to back into a parking space. Additionally, for a $20 fee, drivers of Florida vehicles who prefer to back in to parking spaces will be able to purchase a front plate with a unique number that is linked to a virtual permit.

But do not fret dear parker, because this new rule is soooo goood for you:

Permit holders will be able to register all of their vehicles on a single virtual permit, eliminating the need to remember to switch their hangtag permit when they use a different car.

Returning or exchanging a permit will be just as easy, with most transactions not requiring a visit to the Parking Office.

Any questions or comments can be submitted to Parking and Transportation at 305-284-3096, option 2, or at parking.gables@miami.edu.

Don’t tempt me. How long will the records be kept of who parked where might be my first question….

Posted on December 6, 2017 by Michael Froomkin

These pie charts come from the Washington Post Wonkblog. First there’s one symbolizing what US survey respondents said they though would be the ideal distribution of wealth:

But in fact we in the US have this distribution: 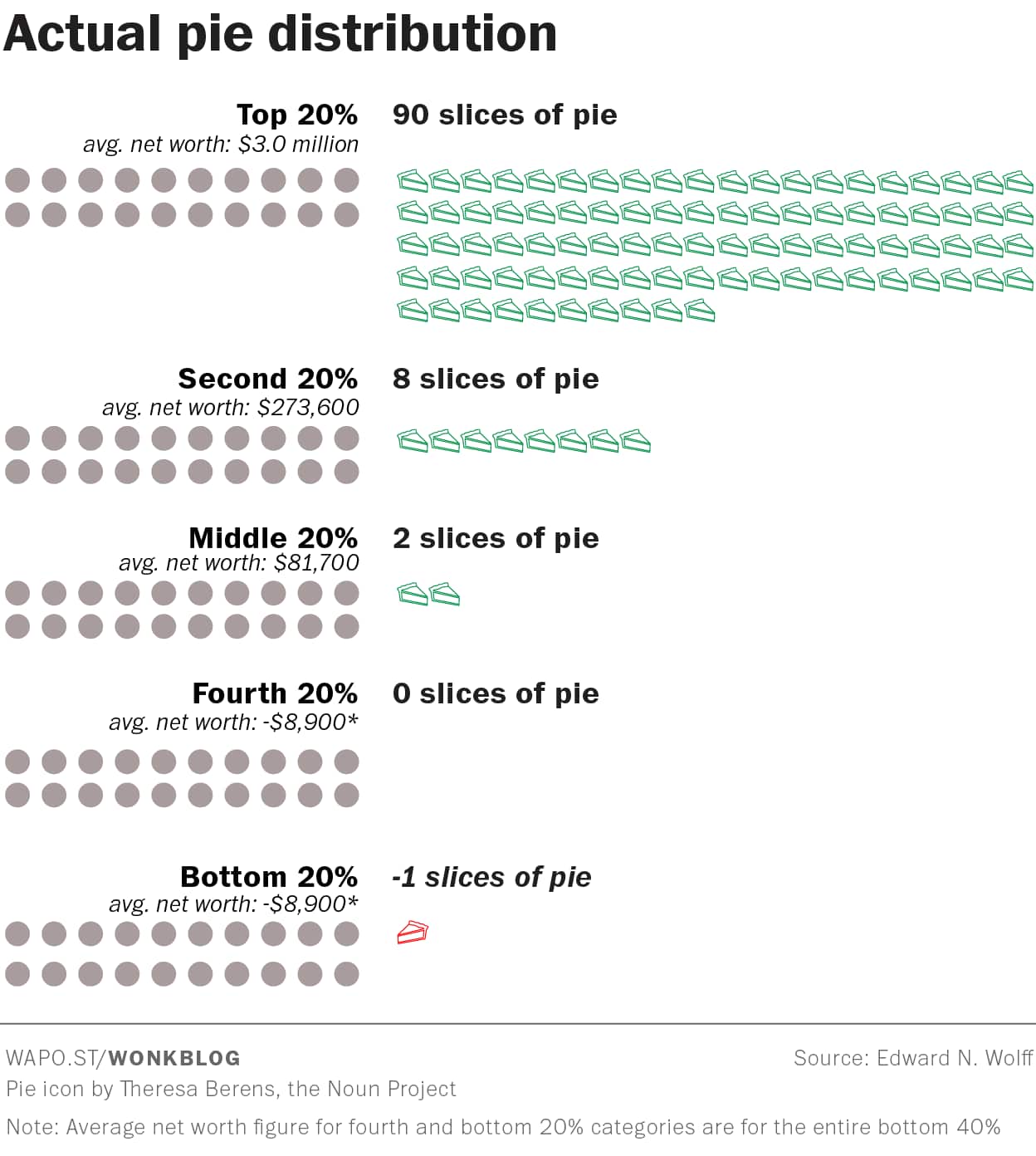 Or, if you want to show just how skewed things are, you could represent it like this: 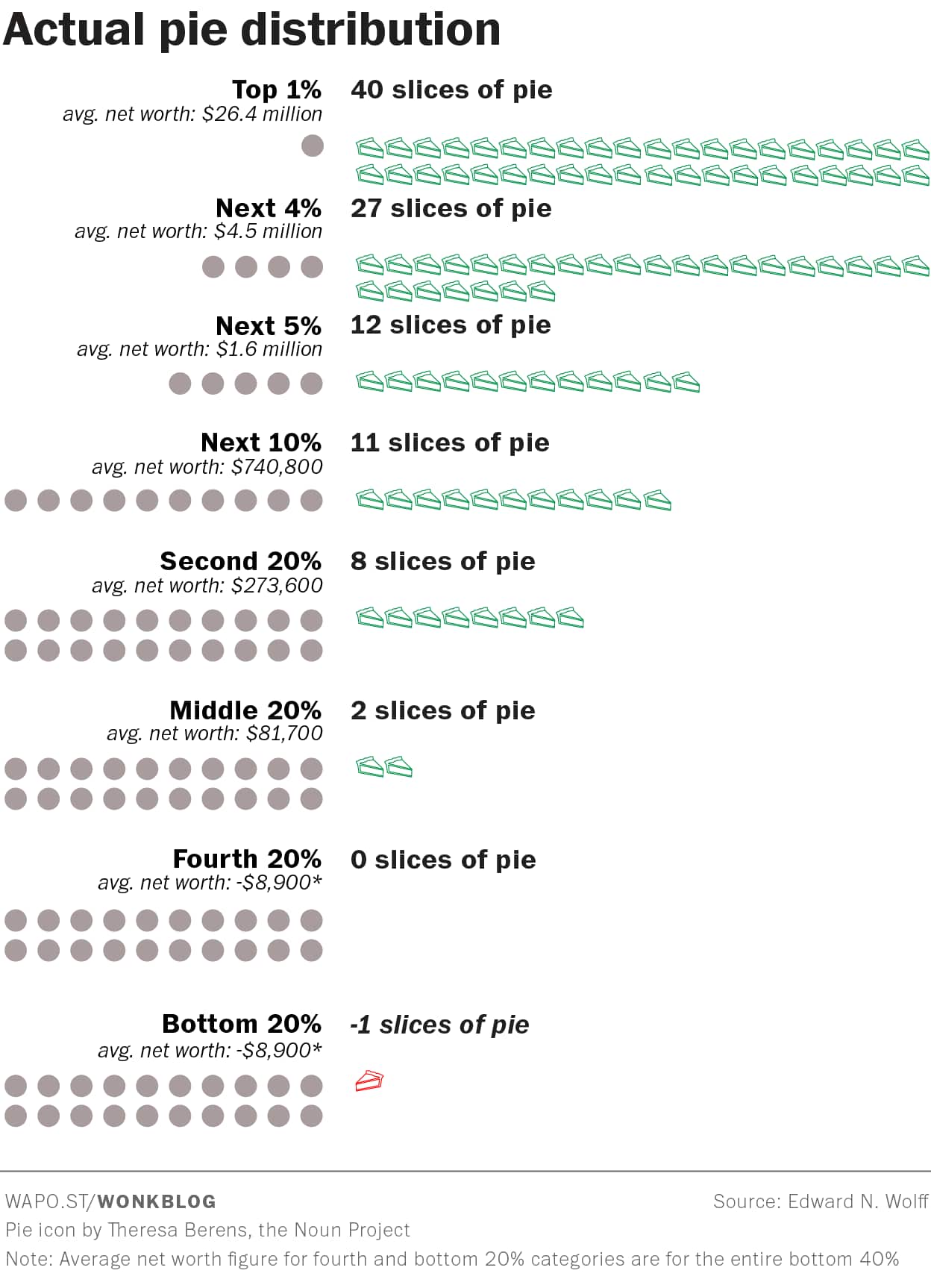 Of course the GOP tax plan being rammed through Congress will just make all this worse.

Myself, I think Herbert Stein’s law applies here (“Trends that can’t continue, won’t.”). Sooner or later there will be a reaction, or more accurately a counter-reaction.  If we are lucky, it will be systemic and electoral and we’ll get a progressive government. If we are less fortunate, and we just get just Third Way types or more gridlock, there’s a risk the counter-reaction will be more revolutionary and more violent. (And I don’t mean that the top .1% will get pie in the face.)

Posted on December 5, 2017 by Michael Froomkin

It would of course be absurd to suggest that there are relevant and unsavory historical parallels for the plan to have the executive branch create a separate force of spies and secret police answerable only to the maximum leader. Thus, any claim that the plan described in Trump White House Weighing Plans for Private Spies to Counter “Deep State” Enemies bears even the slightest resemblance to a famous paramilitary body should be dismissed as hysteria.

To even suggest such a thing is as ridiculous as equating contemporary ‘opinion journalist’ Sean Hannity with a famous historical propagandist.

Yes, all utterly ridiculous. Just business as usual. Move along.