Our Tax Dollars at Work

Posted on November 29, 2019 by Michael Froomkin

The CIA has a list and brief analysis of every country’s national anthem.  This is not from The Onion.

Posted on November 27, 2019 by Michael Froomkin 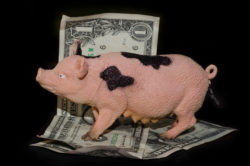 I confess to a learned bias against commercial banks.  (Don’t get me started on investment banks…) I have never found a good brick and mortar bank here in Miami, although I have had more luck with an online bank.

That said, this incident, BBVA Compass Branch Manager Retaliates Against Elderly Customer Via Trying to Have State Agency Deem Her Incompetent on Fabricated Grounds, is several orders of magnitude worse than anything I ever heard of.

Posted in Econ & Money, Law: Everything Else | Leave a comment

Posted on November 24, 2019 by Michael Froomkin 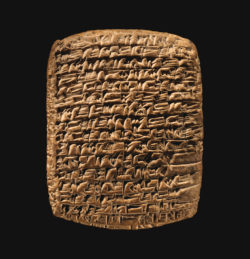 According to Smithsonian Magazine, an Assyrian clay tablet from 2800 B.C. bears a gloomy inscription describing how the Assyrian youth were ruining civilization.

“Our Earth is degenerate in these later days; there are signs that the world is speedily coming to an end; bribery and corruption are common; children no longer obey their parents,” the tablet supposedly reads.

The inscription is reminiscent of another that, according to Newsweek, was unearthed in the Sumerian city of Ur (located in modern-day Iraq and founded in 3800 B.C.), which says, “If the unheard-of actions of today’s youth are allowed to continue, then we are doomed.”

This is much too good to check for truth — it trumps my go-to example of Cotton Mather bemoaning the decline in virtue of the new generation, one full of Antinomians and Unitarians, by 4500 years or so.

Posted on November 14, 2019 by Michael Froomkin

I was interviewed on WLRN Radio’s Sundial program today about privacy issues relating to home assistants like Alexa, and other privacy topics such as the risks of using private DNA sequencing companies. They’ve published a transcript.

Posted in The Media | 2 Comments

Posted on November 13, 2019 by Michael Froomkin

The “lock her up” chants are Trump rallies were often scary and always disgusting. But turnabout doesn’t seem like right play: Even if it was meant ironically, and I rather doubt it, I got no joy from the anti-Trump “lock him up” chants at Nationals Park during Game 5 of the World Series.

I think we need a new chant.

And, just in time to celebrate the first day of the impeachment hearings, I’ve got it, presented here as a poster or t-shirt worthy graphic: 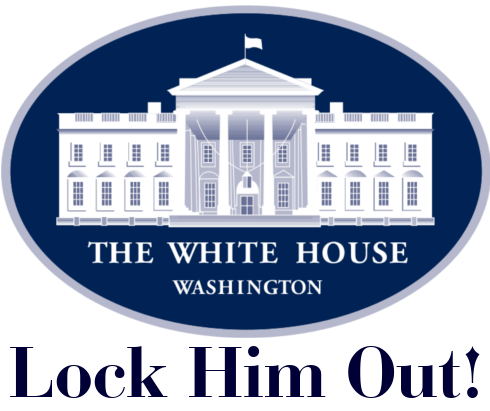 Posted on November 4, 2019 by Michael Froomkin

I’ve just uploaded the final text of Big Data: Destroyer of Informed Consent which is due to appear Real Soon Now in a special joint issue of the Yale Journal of Health Policy, Law, and Ethics and the Yale Journal of Law and Technology. This pre-publication version has everything the final version will have except the correct page numbers. Here’s the abstract:

The ‘Revised Common Rule’ took effect on January 21, 2019, marking the first change since 2005 to the federal regulation that governs human subjects research conducted with federal support or in federally supported institutions. The Common Rule had required informed consent before researchers could collect and use identifiable personal health information. While informed consent is far from perfect, it is and was the gold standard for data collection and use policies; the standard in the old Common Rule served an important function as the exemplar for data collection in other contexts.

Unfortunately, true informed consent seems incompatible with modern analytics and ‘Big Data’. Modern analytics hold out the promise of finding unexpected correlations in data; it follows that neither the researcher nor the subject may know what the data collected will be used to discover. In such cases, traditional informed consent in which the researcher fully and carefully explains study goals to subjects is inherently impossible. In response, the Revised Common Rule introduces a new, and less onerous, form of “broad consent” in which human subjects agree to as varied forms of data use and re-use as researchers’ lawyers can squeeze into a consent form. Broad consent paves the way for using identifiable personal health information in modern analytics. But these gains for users of modern analytics come with side-effects, not least a substantial lowering of the aspirational ceiling for other types of information collection, such as in commercial genomic testing.

Continuing improvements in data science also cause a related problem, in that data thought by experimenters to have been de-identified (and thus subject to more relaxed rules about use and re-use) sometimes proves to be re-identifiable after all. The Revised Common Rule fails to take due account of real re-identification risks, especially when DNA is collected. In particular, the Revised Common Rule contemplates storage and re-use of so-called de-identified biospecimens even though these contain DNA that might be re-identifiable with current or foreseeable technology.

An earlier version, presented at the Yale symposium which the conference volume memorializes, engendered significant controversy — the polite form of howls of rage in a few cases — from medical professionals looking forward to working with Big Data. Since even the longer final version is shorter, and if only for that reason clearer, than much of what I write I wouldn’t be surprised if the final version causes some fuss too.