Take a Night Off

Gablesstage is running a special for students on Wednesday – $10 tickets to its 8pm performance of “Mothers and Sons” by Terrence NcNally. I saw the show this weekend and it’s good. Not the very best they’ve ever done (which is a very high bar) — the script is a little preachy in a couple of places — but very well acted, especially by Angie Radosh. Well worth seeing at full price, not to mention the discounted $30 on Wednesday, and at $10 for students it’s a steal. 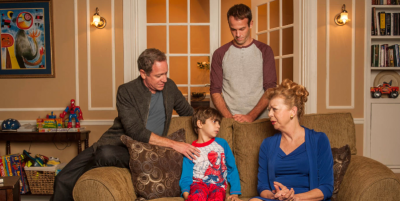 Apparently the special Wednesday performance is to make up for Friday’s being cancelled for Yom Kippur. So, take a break! We’re lucky to have such a fine theater in our neighborhood. Gablesstage is located in the Biltmore Hotel, although the actual entrance is around the side on the NE corner of the hotel. Skip the valet at the main entrance: Self-park for free in the main lot, then it’s a very short walk.

Some time ago I agreed to give a talk on privacy issues 1pm this afternoon at UM’s Osher Lifelong Learning Institute.

I’ve only just discovered, however, that the lecture series I’m a part of is the UM All-Stars. And they mean it: the wrap-up speaker on Oct. 13th is no less than UM’s Head Basketball Coach. 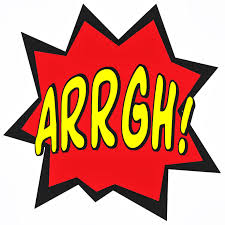 Oh, joy: despite a vigorous round of patching, Shellshock isn’t dead, and isn’t even resting:

Google security researcher Michal "lcamtuf" Zalewski has disclosed to iTnews that over the past two days he has discovered two previously unaddressed issues in the Bash function parser, one of which is as bad as the original Shellshock vulnerability.

"The first one likely permits remote code execution, but the attack would require a degree of expertise to carry out," Zalewski said.

"The second one is essentially equivalent to the original flaw, trivially allowing remote code execution even on systems that deployed the fix for the initial bug," he added.

It’s Where The Money Is

Posted on September 27, 2014 by Michael Froomkin

Plus, there’s no significant risk of jail.

Tip of the Iceberg

Posted on September 25, 2014 by Michael Froomkin

The NYT has a great story today, Miss a Payment? Good Luck Moving That Car on sub-prime loans for cars requiring that buyer accept installation of an immobilizer that can be operated by remote control by the lender’s agents. The article concentrates on ways in which these are being abused, e.g. immobilizing cars in traffic, far from home, when payments are not in fact late, and more.

It also hints at a group of legal issues, notably privacy (the GPS technology on which the immobilizer relies makes cars trackable by the monitoring company), and whether state laws on repossession — which require more notice, or more time between a missed payment and authorized action by the lender — should apply to a ‘virtual repossession’ or not. (Attention: Student note topic seekers. Doing this analysis in just one state would be a fine topic, and a social good.)

Then there’s the sociological aspects,

Beyond the ability to disable a vehicle, the devices have tracking capabilities that allow lenders and others to know the movements of borrowers, a major concern for privacy advocates. And the warnings the devices emit — beeps that become more persistent as the due date for the loan payment approaches — are seen by some borrowers as more degrading than helpful.

“No middle-class person would ever be hounded for being a day late,” said Robert Swearingen, a lawyer with Legal Services of Eastern Missouri, in St. Louis. “But for poor people, there is a debt collector right there in the car with them.”

Missing, though, is the first thing that occurred to the cypherpunks when this technology first got mooted over a decade ago: How long until it is hacked? What happens when some bad guy starts war driving with a black box immobilizer causing accidents or other harms? And to what extent will the makers of the immobilizer be liable for those harms? Another good student note, at the very least.

[Note: Edited to add italicized line in second paragraph, which mysteriously got cut out before posting.]

Shellshock: It’s as if Flesh-Eating Bacteria Were Poised to Eat Your Server

Posted on September 24, 2014 by Michael Froomkin

And all your linux-embeded devices with any Internet access. From the sound of it, that’s about how bad the “shellshock” bug in Bash is:

A remotely exploitable vulnerability has been discovered by Stephane Chazelas in bash on Linux, and it is unpleasant. The vulnerability has the CVE identifier CVE-2014-6271. This affects Debian as well as other Linux distributions. The major attack vectors that have been identified in this case are HTTP requests and CGI scripts. Another attack surface is OpenSSH through the use of AcceptEnv variables. Also through TERM and SSH_ORIGINAL_COMMAND. An environmental variable with an arbitrary name can carry a nefarious function which can enable network exploitation.

Shellshock name spotted on Errata Security (good blog BTW), and the faithful INQ, which shares the cheerful fact that the NIST vulnerability database “rates the flaw 10 out of 10 in terms of severity.”

Update2: This is a nice test for the Shell Shock / shellshock vulnerability:

You are fine. But if it says,

vulnerable
this is a test

Then you have the bash bug.