I’m one of the more than 500 signatories to this letter in which UM faculty take a stand against hatred, intimidation, and a “post-truth” world. The letter was written by members of the English Department.

Text of the letter is below.

END_OF_DOCUMENT_TOKEN_TO_BE_REPLACED

Posted on November 21, 2016 by Michael Froomkin

UM Law alumnus Reince Priebus profiled in NYT Mag as Reince Priebus, Normalizer in Chief and in Miami Herald puff, Before making his name in politics, Priebus was a force at Miami law school . The Herald article includes this:

Without exception, more than half a dozen people interviewed for this story who knew Priebus during law school described him as affable, thoughtful and kind.

Andrew Moss, who was in the same first-year section as Priebus, recounted to a Miami Herald reporter an anecdote about going to grab a bite at Wendy’s with Priebus when they were working on a project. A homeless man lay outside. Priebus didn’t have much money, Moss said, but he bought two meals and gave one to the man.

Say what you will, he’s Trump’s least crazy appointee so far — by several miles.  Whether he’ll have actual power with alt-right Bannon down the hall remains to be seen.

Am I the Only Person Perturbed by This?

Posted on October 1, 2016 by Michael Froomkin

UM coach Mark Richt surprised his team with an unexpected gift in a meeting this week.

Richt gave every player a Bible, and the coach personalized it by putting the player’s name on the cover of the copy that player received.

Receiver Braxton Berrios said Richt told the players that reading it is “optional.”

“This speaks volumes to the type of coach we have,” Berrios said.

Faith is a big part of Richt’s life.

Asked in July how much he has used faith to create unity in the team, Richt said: “Yeah, well, everybody has a belief system. Everybody looks at life through a certain filter. I happen to be a Christian. That’s just what I am. I’m not using it. I think we need to be true to who we are, what we believe.

“I’m not trying to make anybody believe anything I believe. I just want to do things in a way that I think God would be pleased with me. That’s my goal on a daily basis.

“In doing that, I know if I do that, I’m blessing the players I’m in charge of. We’ll be doing things right in recruiting. We’ll be working our tails off.

“So I don’t think much about it. I’m not trying to use anything. I’m just trying to be who I am.”

(via the Miami Hearld)

The University of Miami is a secular institution.  But the coercive aspect of this is obvious, and improper, whatever disclaimers accompany it.

Some students were vocal in their appreciation; where does that leave the others?

If I gave out religious tracts  (that had nothing to do with the course) as optional reading in my class, I would be justly criticized. How is this different? I think UM President Julio Frenk ought to say something about this, but I am not holding my breath.  Especially given we beat Georgia State Tech …

Posted on August 5, 2016 by Michael Froomkin 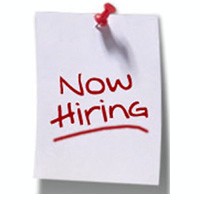 Apologies, blog readers, but this announcement is for UM Law 2L & 3L students only:

I would like to hire a UM Law student to be my research assistant for 10-15 hours/week during the coming semester. If things work out we might continue into next semester, the summer, and/or next year. END_OF_DOCUMENT_TOKEN_TO_BE_REPLACED

We have an incredible 3-day program, starting with workshops on Thursday then a 2-day academic conference. Pre-registration is closed, bu there should be some tickets at the door. All the papers are now available online. UM faculty and student tickets are only $35 — but student readers of this blog who write to me and give me a good reason are eligible to get in free.

For physical attendees, We Robot 2016 has been approved by the Florida Bar for 25.0 credits of General CLE, including 3.5 Ethics credits. General Registration is $159.00.

We’re also broadcasting Friday and Saturday’s events on We Robot’s Livestream. The twitter hashtag is #WeRobot.

Posted on February 12, 2016 by Michael Froomkin

That’s the address for the MiamiLaw quadrangle’s center point, as assigned by the exciting new mapping software from What3Words.

Our Dean will love that.