A. Michael Froomkin is the Laurie Silvers & Mitchell Rubenstein Distinguished Professor of Law at the University of Miami in Coral Gables, Florida. Recent work on technology law includes articles on AI and medicine, on drones, and many articles about law and the Internet, and on technology and privacy. He is the founder and editor of the online law review Jotwell, The Journal of Things We Like (Lots). He is a founder (2012) and sometime Chair of the We Robot conference, which returns to Coral Gables in 2019. He is on the Advisory Boards of several organizations including the Electronic Frontier Foundation and the Electronic Privacy Information Center. Prof. Froomkin is a non-resident Fellow of the Yale Law School Information Society Project and a member of the Royal Institute of International Affairs in London, of the University of Miami Center for Computational Science. Professor Froomkin’s publications are listed at http://law.tm/#pubs. Before entering teaching, Prof. Froomkin practiced international arbitration law in the London office of Wilmer, Cutler & Pickering. He clerked for Judge Stephen F. Williams of the U.S. Court of Appeals, D.C. Circuit, and Chief Judge John F. Grady of the U.S. District Court, Northern District of Illinois. Prof. Froomkin received his J.D. from Yale Law School, where he served as Articles Editor of both the Yale Law Journal and the Yale Journal of International Law. He has an M.Phil in History of International Relations from Cambridge University in England, which he obtained while on a Mellon Fellowship. His B.A. from Yale was in Economics and History, summa cum laude, phi beta kappa with Distinction in History.

WordPerfect 5.1 for DOS […] was the greatest word processor ever—a blank screen illuminated with only letters and numbers, offering just enough bold and italics to keep things interesting. I remember WP51 the way a non-nerd might remember a vintage Mustang. You could just take that thing out and go, man.

I hate everything about MS Word except “Track Changes” which I admit they did pretty well — the only way in which it is better than WordPerfect, even in its modern, adulterated, Windows versions.

A recent account of Russian torture caught my eye. During the counteroffensive in the Kharkiv region, Ukraine liberated Balakliya, where they discovered what a Ukrainian official described as a “torture camp” fashioned from a police station. One former prisoner, who told the BBC he had been detained at the station for more than 40 days, described how the Russians used electricity in their interrogations. “They made me hold two wires. There was an electric generator. The faster it went, the higher the voltage. They said, ‘if you let it go, you are finished.’ Then they started asking questions. They said I was lying, and they started spinning it even more and the voltage increased.” Another prisoner told the BBC “she regularly heard screams from other cells.”

It seems there really is nothing new under the sun:

Once a year, we in the United States insist we will never forget 9/11 because we suspect in our hearts that we already have. In this amnesic cultural context, American torture is so 2002. It’s been eight years since Jack Bauer tortured a terrorist a week on national TV, and pollsters, those indefatigable takers of the American pulse, have not asked Americans for their views on torture since late 2016, the surest sign of its political and cultural irrelevance to domestic life.

Yet on the other hand, torture very much figures in the ever-expanding catalog of Russian horrors. Almost no day passes without a new account in the western press of Ukrainian prisoners who were tortured in nearly every conceivable way. Electric shocks figure prominently in these accounts, but freed prisoners, including American volunteers, also report the beatings and rapes they suffered and humiliations they endured. Retreating Russians leave mass graves where bodies bear the unmistakable signs of sadism: hands bound from behind and ropes around their neck. There is welcome talk of war crimes and international tribunals. Torture must not go unpunished, or so the west now insists.

This process of repositioning torture has a number of baleful consequences.

Worth reading the whole thing.

Via Daily Kos, Ukraine Update: Putin suffers yet another diplomatic humiliation; fog of war envelopes Kherson, wherein you will find an interesting account of how the smaller ex-Soviet “stans” are getting all bolshie with Putin.

White Smoke over the Vatican

I am delighted to announce that David Yellen, a distinguished and accomplished educator, mentor, author, and innovator has been named the new dean of the School of Law.

Dean Yellen previously served as dean and professor of law at Loyola University Chicago School of Law from 2005 to 2016 and is currently the chief executive officer of the Institute for the Advancement of the American Legal System at the University of Denver, an independent research center that works nationally to improve access to justice and effectiveness of the civil justice system.

While under his leadership, the Loyola University Chicago School of Law was often cited as one of the most innovative law schools, instituting a master’s level degree track for non-lawyers and implementing distance learning for the Juris Doctor program long before the COVID-19 pandemic forced higher education institutions to accelerate remote and hybrid learning environments. David Yellen, who also served as dean of the Maurice A. Deane School of Law at Hofstra University, where he held the Max Schmertz Distinguished Professorship, was often listed among the 25 Most Influential People in Legal Education by National Jurist magazine.

Following his tenure at Loyola, he was named president of Marist College from 2016 to 2019, where he led the planning for a new medical school for the institution. Among other notable appointments, he has been the Reuschlein Distinguished Visiting Professor at Villanova University School of Law and twice served as a visiting professor at Cornell Law School.

I want to extend my sincere thanks to former Notre Dame Law Dean Nell Jessup Newton for her exemplary service and leadership as interim dean of Miami Law since September 1, and also my grateful appreciation to Professor Stephen Schnably for providing his steady hand as acting dean of the School of Law during the transition to the appointment of Dean Newton.

The School of Law search committee, expeditiously led by Guillermo Prado, vice provost for faculty affairs and dean of the Graduate School, did extraordinary due diligence in its national search for our new dean at the School of Law. Their selfless commitment to this important work is much appreciated.

Please join me in welcoming Dean David Yellen and his wife, Leslie Richards-Yellen, to the U. 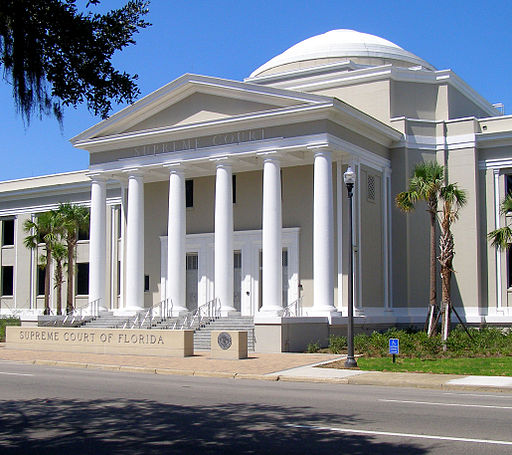 Top Ten Signs You Might be at a Republican Seder

10. They refuse to answer the four questions without a subpoena.
9. They demand a recount of the ten plagues.
8. They defend not increasing the minimum wage on the grounds that according to Chad Gadya it still costs only two zuzzimto buy a goat.
7. The afikomen is hidden in the Caymen Islands.
6. They refuse to open the door for Elijah until they see his immigration papers.
5. They attack Moses for negotiating a deal with Pharoah because why would we negotiate with our enemies?
4. They don’t understand why the Egyptians didn’t cure the plagues with hydroxychloroquine.
3. They omit the parts about slavery from the Haggadah because it reminds them of Critical Race Theory.
2. They keep saying “when do we get to the miracle of the Jewish space lasers?”
And the number one sign that you might be at a Republican seder:
1. They end the seder by singing “Next year in Mar-a-Lago.”

Stolen from Digby, which itself offers an appropriately tangled pedigree.

Update:Steve Sheffey wrote me to claim authorship, and to say he has a newsletter.