Posted on November 24, 2015 by Michael Froomkin

He could be the savior the GOP Establishment is looking for.

One of the storylines in the current GOP Presidential campaign is that the party establishment has been looking for its candidate.  It was supposed to be Jeb!, he of the $100 million war chest, but he’s cratered. Meanwhile Trump and Carson sucked out the oxygen of the others.  Rubio is still in the tryout phase, and apparently the powers that be are not sure if he has the necessary gravitas, or even any at all.

Things are so bad that stories about the Establishment wanting to draft Romney keep popping up.  Romney polls well in New Hampshire. But I don’t think he’ll do well in the general election, for the same reasons Romney lost last time.

No, what the GOP needs is a fresh face.  Someone articulate.  With gravitas.  With no baggage.  And great conservative credentials.  Who is pro business.  Who won’t scare the horses.

And what better person could fit all those criteria than Chief Justice John Roberts?

Yes, a few die-hards may be angry that Roberts cast the deciding vote to keep ObamaCare alive, but many will forgive him after he guides the Court to strike down the remaining vestiges of affirmative action (Fisher v. University of Texas), to undermine labor unions by destroying their budgets (Friedrichs v. California Teachers Association), to kill Obama’s immigration policy (United States v. Texas (docket 15-674)), and to impose new restrictions on abortion (Whole Woman’s Health v. Cole). If all that that wasn’t enough, Roberts might even be able to say that as a Justice he had to apply the law on ObamaCare, but as President he’d work to repeal it.

Of course, the Chief would have to step down temporarily from the Court, but after he helped create a new Republican majority, surely Roberts’s GOP successor as President would appoint him to the first available opening.

Good thing that when the Chief Justice said recently that he would not run for President he did not take a Sherman.

Then again, Roberts is pretty smart. He may figure he has more power where he is.

Posted on November 24, 2015 by Michael Froomkin 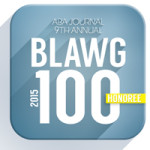 Happy to learn Jotwell got selected by the ABA for its 9th annual Blawg 100 list.

Posted on November 22, 2015 by Michael Froomkin

Posted on November 20, 2015 by Michael Froomkin

I have been thinking of declaring myself a candidate for the Republican Party nomination for President of the United States. The centerpiece of my campaign will be opposition to the Pythagorean Theorem. This has got to be a winner in Republican circles, where candidates are judged by their capacity to challenge basic science. Besides something called the Pythagorean Theorem is clearly foreign inspired and un-American.

Can Governors Prevent Syrian Refugees From Entering Their States? (Updated)

Posted on November 17, 2015 by Michael Froomkin

I am confident that in a just world, the answer should be “no”. But we don’t always live in a just world. I wish I had time to write a careful analysis, but I don’t, so here are some first thoughts. Corrections and amplifications welcomed.

UPDATE: This is why I should never blog from memory, at least pre-coffee. This morning I conflated the right to move about within a state — not a clearly established federal right, cf. the aftermath of Katrina — with the right to move about between states, which is quite well established: Sáenz v. Roe, 526 U.S. 489 (1999) held that a classification (here, lesser welfare benefits for new residents in their first year) that has the effect of imposing penalty on the right to travel violates the Equal Protection Clause absent a compelling governmental interest. What’s more the Court defined the right to travel interstate as having three parts: the right to enter and leave another State; the right to be treated as a welcome visitor while temporarily present in another State; and, for those travelers who elect to become permanent residents, the right to be treated like other citizens of that State.

That ought to settle it.

Three areas of law seem relevant to the question.

First, immigration law, which is a matter of only federal concern. States do not in any way get to control movement across the international border. So if the feds want to let refugees into the US, they are admitted to the US. Even at airports in states that say they don’t want refugees.

Second, anti-discrimination law. Here, we find more of a patchwork. Rather than a single federal statute prohibiting national origin discrimination, we have a collection of piecemeal legislation. It might be that none of the usual anti-discrimination laws, which are aimed at things like housing and employment, speak to the issue of free movement between states.

Third, and not least, there is the Equal Protection clause of the Constitution, backed up by § 1983 of the federal code (§ 1983 prohibits the deprivation of constitutional and federal statutory rights by persons acting under “color of law”). As I understand it, neither the Equal Protection Clause nor any other part of the Constitution has been definitively held by the courts to create a right of free movement between states. [Note the update above – should be “within” not “between”.] Thus, at least at the Supreme Court level, it is technically an open question whether a state might close its borders to everyone. (The question arose after authorities closed a bridge preventing escape from areas of New Orleans hit by Hurricane Katrina. I have some doubts that a state could seal its border legally other than briefly in response to an emergency, but again, if memory serves the Supreme Court hasn’t prohibited that in so many words.) What is not at doubt, however, is that if a state were to attempt some sort of border control, it must do so in a manner that does not discriminate invidiously. (If they are searching for a White Toyota, it is not invidious to only stop White Toyotas.) The state may not treat its own inhabitants better than those of other states. And it may not discriminate on grounds of race or any other suspect class. I would presume national origin is such a class; whether immigration status qualifies (if only a proxy for national origin) is a little trickier, but I’d hope so.

Posted on November 17, 2015 by Michael Froomkin

There’s someone you want to send this cartoon to.

(Image not included here because I suspect the copyright holders would not approve.)