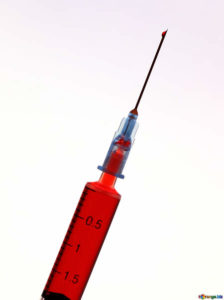 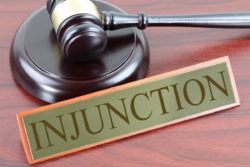 Remember that nutty DeSantis-inspired law that would make it illegal for some, but not all, large social media companies to ban politicians from their platforms?

Or, as Ars Technica summarized it, “Judge tears Florida’s social media law to shreds for violating First Amendment: Judge blocks Florida law, calls it example of “burning the house to roast a pig.”

It wasn’t a gentle ruling; the Ars Technia piece linked above hits the (many) high points.

“Constitutional Law: It’s a Lot Like Cornbread and Slaw”

Posted on February 26, 2021 by Michael Froomkin

The Constitutional Law Song–With Banjo, Fiddle & Ukulele– is something:

Can Acting Secretaries Vote on Presidential Incapacity Under the 25th Amendment?

Posted on January 8, 2021 by Michael Froomkin

I think the odds of Vice President Pence invoking the 25th amendment are somewhat lower than the odds of the  Knicks winning the NBA championship this year,1 but the the highly theoretical prospect raises a tidy legal question.

Recall that Section 4 of the 25th Amendment states that,

No one imagined we’d have so many acting Cabinet Secretaries as we do now.  I think we are up to five out of fifteen at present (counting only true heads of major executive departments and not other ‘Cabinet-level’ appointees), with more perhaps on the way

So the legal mind starts to wonder: Do Acting Secretaries get to vote under the 25th Amendment?  And if not, does the size of the majority required (eight if all count) go down?

The short answer is that it’s most likely that Acting Secretaries get to vote:

The Congressional Research Service did a report, Thomas H. Neale, CRS, Presidential Disability Under the Twenty-Fifth Amendment: Constitutional Provisions and Perspectives for Congress (Updated November 5, 2018) which tells you provably much more than you want to know about the history and mechanics of the 25th.  On page 11 it says,

Respecting details of the Cabinet’s participation, the House Judiciary Committee’s 1965 report on the proposed amendment stated that in the event of a vacancy in any of the Cabinet offices, “the acting head would be authorized to participate in a presidential disability determination,” while [John D,] Feerick [a leading scholar of presidential disability and succession] notes that the amendment’s supporters asserted that recess appointees to Cabinet offices would also be eligible to participate in a Section 4 deliberation.

This generally accords with a 1985 memo from the Office of Legal Counsel (the agency in the Justice Department charged with opining on such issues):

At present, this list is identical to the list of statutory Presidential successors under 3 U.S.C. § 19, except that it does not include the Speaker of the House of Representatives or the President pro tempore of the Senate. Furthermore, although the acting heads of departments and recess appointees are not Presi­dential successors, see 3 U.S.C. § 19(e), the legislative history of the Twenty- Fifth .Amendment suggests that, in the event of a vacancy in office or the absence or disability of a department head, the acting department head, at least at the level of undersecretary, principal deputy, or recess appointee might be entitled to participate in determinations of Presidential disability. See H.R. Rep. No. 203 at 3; 111 Cong. Rec. 15380 (1965) (Sen. Kennedy — acting heads); id. at 3284 (Sen. Hart and Sen. Bayh — interim appointees). But see id. at 3284 (Sen. Bayh — acting heads not entitled to participate). As a practical matter, and in order to avoid any doubt regarding the sufficiency of any given declaration, it would be desirable to obtain the assent of a sufficient number of officials to satisfy any definition of the term “principal officers of the executive departments.”

Of course, if the vote were to happen, and the votes of the Acting Secretaries were needed to make a majority, that would be an issue that Trump could take to court. By the time it could work its way to the Supreme Court, the issue would likely be moot.

Posted on November 6, 2020 by Michael Froomkin

U.S. Constitution Article II, Section 3, cl. 2 is having its moment in the sun. This clause says that the President

may, on extraordinary Occasions, convene both Houses, or either of them, and in Case of Disagreement between them, with Respect to the Time of Adjournment, he may adjourn them to such Time as he shall think proper;

Lots of folks are suggesting that if the Senate is being difficult about confirming Biden’s cabinet – as many expect it will be – the response to this piece of unprecedented Constitutional hardball, would be … more hardball.

The idea is that the Speaker manufactures a disagreement about adjournment between the House and Senate. Biden then prorogues Congress for, say, 11 business days. And during those 11 days — in full compliance with the rather arbitrary 10-day minimum for an intra-session recess imposed by National Labor Relations Board v. Noel Canning — Biden would then use his recess appointment power, Art II, Section 2, para 3:

The President shall have Power to fill up all Vacancies that may happen during the Recess of the Senate, by granting Commissions which shall expire at the End of their next Session.

Not a very Bidenesque thing to do, but it would teach Mitch McConnell not to jerk him around.

Note: By modern convention a ‘session’ of congress runs for a year from January to January the following year. So a commission that expires “at the end of the next session” would in the ordinary course last for the two-year life of the current Congress.  I imagine it would take both houses to change that, but I don’t know for sure.

This is How it Starts

Another zinger from the Lincoln Project: