In Case You Were Wondering

Posted on September 30, 2012 by Michael Froomkin 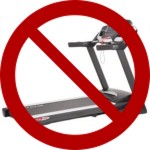 Previously, the Sears robot has been calling me daily at 8:04 (or 8:03) and 8:34 in the morning to tell me that (I may be slightly paraphrasing here) “delivery of your item has been delayed” (like I don’t know this???) “and we need to speak to you to reschedule” — except it turns out when I call them that they are not in fact ready willing and able to actually schedule anything. The Sears Bot called on Saturday and Yom Kippur.

But, you may be wondering, does the Sears robocaller phone at a different time on Sunday? Does Sears vary the routine on the day most Americans are likely to be sleeping a bit late?

I can now reveal the answer: Yes.

Instead of calling at 8:04am or 8:03am, today — Sunday — the first call was at 8:02am. I can be precise about this because bedside I have a so-called ‘atomic clock‘ that synchronizes to the official time by radio signal.

The second call was 30 minutes later.

But then there was another variation in the routine: we got a third call at about 8:45am. I can’t be exact about the time for this one, I had already lost hope of any more sleep and was up.

6 Responses to In Case You Were Wondering