Posted on September 28, 2012 by Michael Froomkin 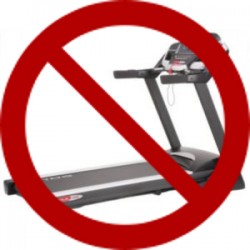 Yesterday, “Stephanie” at the Sears executive offices offered to sell me the new model F80 for about the price of the old one since it seems they cannot find an old one. I emailed back accepting the offer. I really thought that would be the end of it: someone would flip a switch, I’d go into the delivery queue and we’d get on with our lives.

The robot called again twice this morning. This afternoon I called Stephanie to see what was up. First, everything seems less clear than it did yesterday: Stephanie says she isn’t sure how to work the transaction. Normally they take back a good (I presume a damaged one or a lemon) and replace it. But I don’t have anything for them to replace and this apparently introduces a complication which could take A WEEK to resolve. I honestly don’t see why just delivering something is harder than picking up something and delivering it, but this is Sears after all.

As for the phone calls, Stephanie has sent in a request to make them stop. And she seemed very confident that they will stop … in 30 days.

I kid you not.

(Stephanie was unable to tell me whether the robot works weekends. We shall, alas, see.)

1 Response to On the Treadmill Treadmill