Zero (0) South Florida Congresspersons are Having Town Halls This Week

Posted on February 24, 2017 by Michael Froomkin

That’s according to the Town Hall Project, which reports

There are no events within 75 miles of your zip, the closest one is 118 miles away.

That would be Brian Mast (Republican, FL-18). Good on him. Shame on the rest of them.

Nobody Home at Rubio’s Office?

Posted on February 11, 2014 by Michael Froomkin 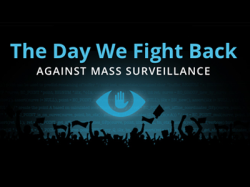 As part of the “Today We Fight Back” initiative I clicked the “call your legislator” button on the pop-up I’ve installed here for the day. The way it works is you give your phone number, then their bot calls your phone, asks for your zip code, and connects you to your representatives.

I was duly connected to Sen. Nelson’s office, where they answered on the second ring, and a polite gentleman noted my concerns and promised “to pass it along to the Senator” (uh-huh).

Then the app connected me to Senator Rubio’s office. The phone rang eight times and no one answered. Is no one home? Do they have caller ID and not bother answering calls that come in via the EFF’s app?

Then it was on to Rep. Ros-Lehtinen’s office, where it barely rang twice, and another nice gentleman, this time with an Australian accent, took down my info.

Back when I did politics, I used to only half-jokingly say that one indication of a struggling political outfit was if the phone ever rang more than three times. By that standard Rubio is tanking.

Not answering the phone is no way to treat constituents, even if you know they don’t agree with you. Lame. Very lame.

Sooner or later, a record of voting against your constituents’ interests has to catch up with you, no matter how nice you are. Our own IRL voted to allow employers to take away overtime pay, which is currently required by law. Instead she would allow employers to choose to give workers comp time for overtime, and keep the money. The bill would disproportionately hurt women and mothers.

Stuff like this should case you electoral trouble. Unless of course the other party gives you a free pass.

Posted on September 28, 2011 by Michael Froomkin

The loonies over at NOM have come out against Rep. Ileana Ros-Lehtinen for co-sponsoring the ‘Respect for Marriage Act’, which would repeal the Defense of Marriage Act (DOMA). Ros-Lehtinen’s one consistent deviation from far-right GOP orthodoxy has been on gay rights. FL-18, where I happen to live, also includes Key West and a chunk of South Beach, all very gay-friendly territory.

How odd to find myself opposing a candidate also opposed by the so-called National Organization for [some] Marriage. And how irrelevant we both are to the disposition of this very safe seat.

Politico says Annette Taddeo is planning to run in FL-25 — the seat now held by Republican David Rivera, a strong contender for most ethically creepy member of Congress.

I was, as longtime readers may recall, a big supporter of Taddeo when she ran for Congress in my district, FL-18.  I even went out and canvassed for her here in my neighborhood.  I do think she’d make a great Congressperson.

I though Taddeo ran a good campaign for Congress in 2008. I was impressed by her work ethic, organization, and by the staff she put together. The fact is that Ileana Ros-Lehtinen is just very hard to beat due her giant war chest (she spent $3m beating Taddeo) and, to be fair, also her personal rapport with so many of the voters here, a rapport sufficient to overcome a number of policies that work against the district’s actual interests.

Taddeo then ran for County Commissioner in District 8. As I live (just) outside District 8, I didn’t pay that much attention to the race, but Taddeo narrowly failed to make the run-off in a crowded field.

All of which is preamble to the question whether FL-25 is a good fit? Not that I have someone better in mind, or that I doubt they’d be lucky to have her, I’m just wondering how she’ll play in the district.

I was a big fan of Gov. Dean's “50-state-strategy”. Running candidates all over forces the other side to spread its resources. Allowing anyone to go unopposed means that their campaign funds can go to more marginal seats. Plus, by running candidates even if they don't win you build up infrastructure and good will, and that makes it easier to win when the tides and demographics turn.

So I was disappointed to see that the Democratic party failed to field a congressional candidate in four Florida congressional districts: the 1st, 4th, 6th and especially the 21st (where Mario Diaz-Balart is switching from the 25th district).

In case you are wondering (I was), the only Democratic candidate here in Florida's 18th is Rolando A. Banciella. I sure hope he ups his web presence soon — I couldn't find anything worth linking to.

Incidentally, there are “Tea Party” candidates in the 8th, 12th and 25th Districts — the latter being the one where Joe Garcia is making a second try, at what is now an open seat since Mario Diaz-Balart has jumped to the 21st. Will Joe Garcia hire Joe Trippi again, despite Trippi's taint of working on the sure-to-be-destructive Jeff Grenne campaign?