Is There a Powerful COVID Infection Rate Predictor?

Posted on February 24, 2021 by Michael Froomkin

Interesting Twitter thread about the following question: If you plot the US state-by-state  COVID infection rates since Sept 1, 2020–i.e. the recent and now receding surge–which is a better predictor:

According to Youyang Gu, both of those expectations are broadly wrong: 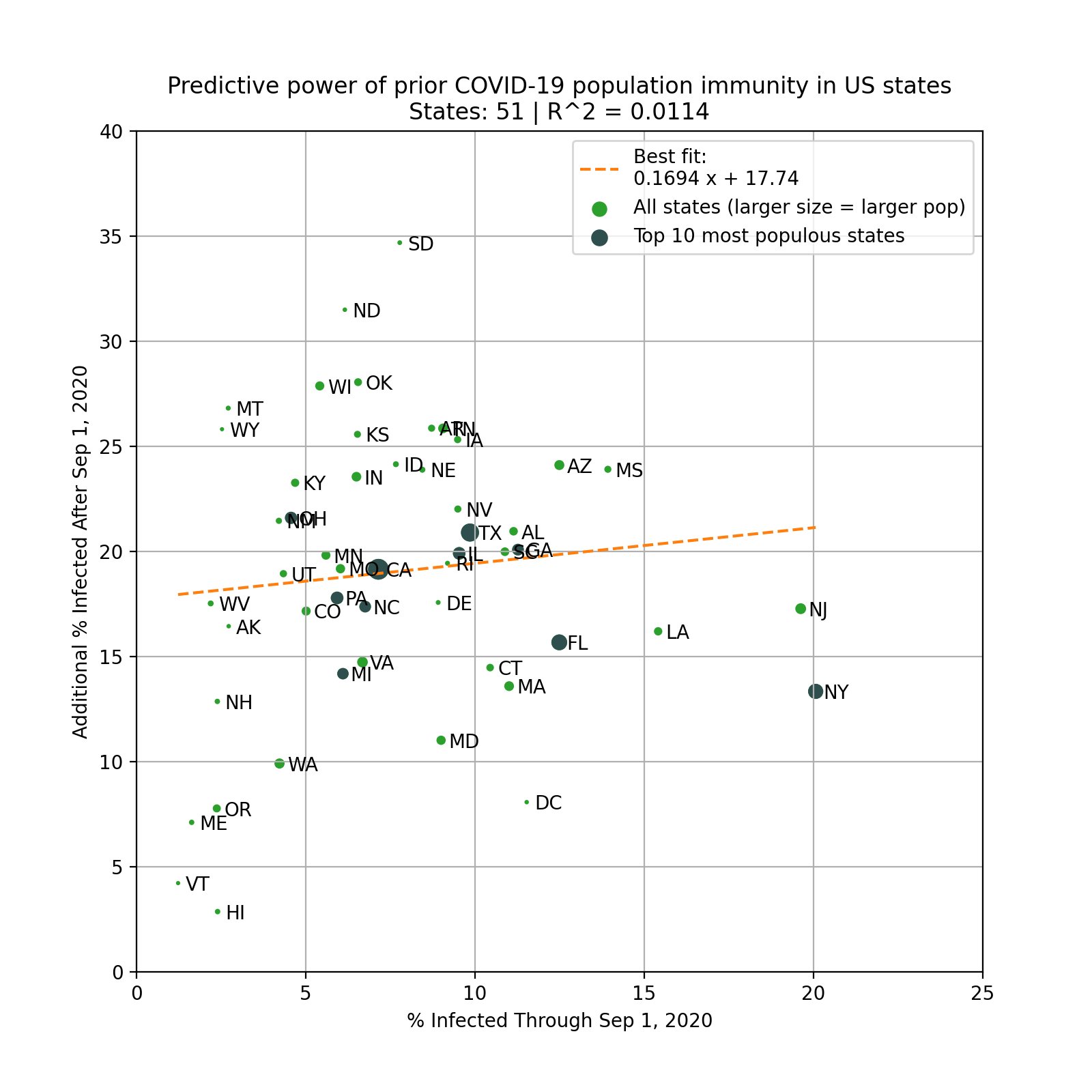 Instead, the single variable with the most predictive power is how strongly states voted for Biden. 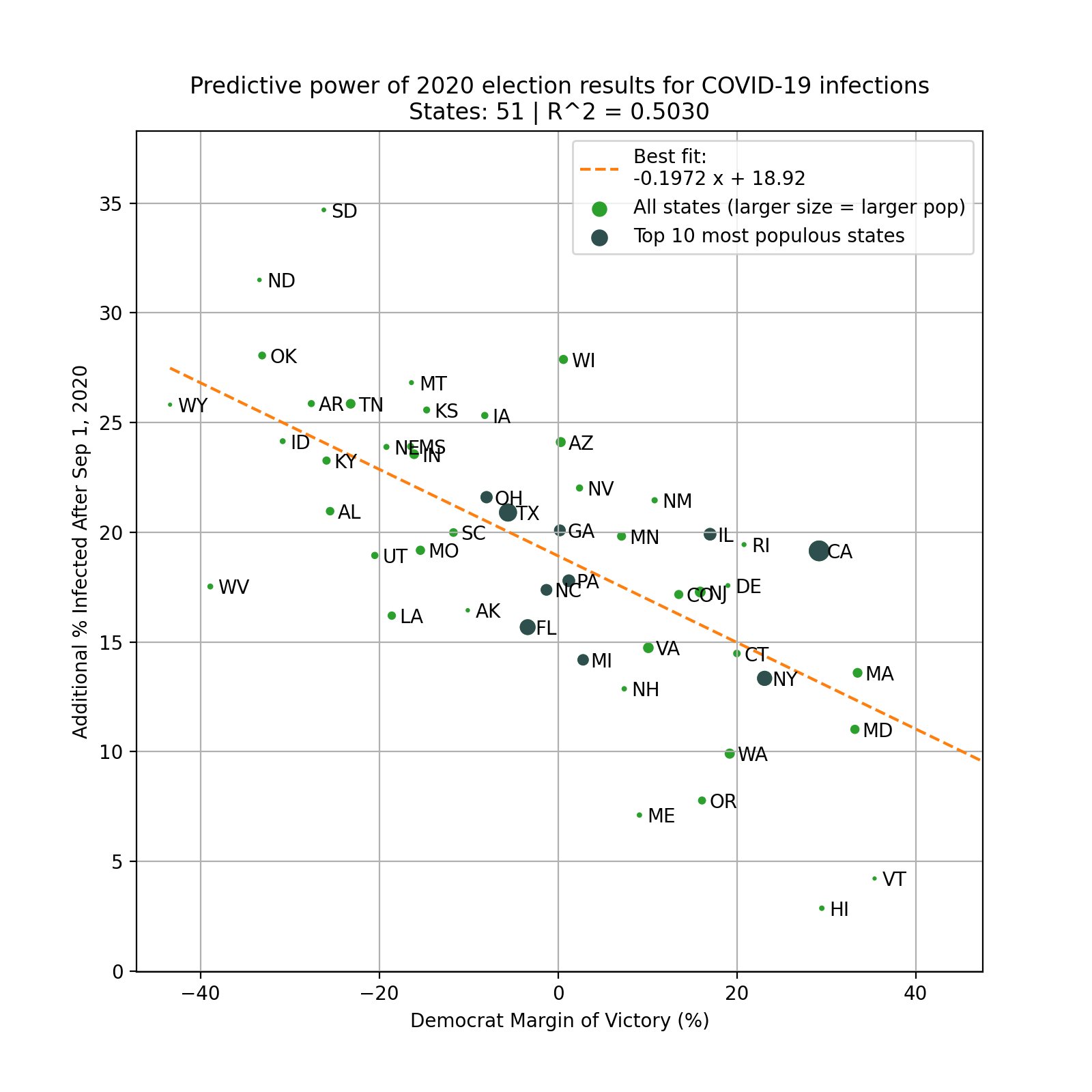 As commenters in the thread note, at an R-squared of about 0.5, this is not a fully explanatory variable–there’s a lot going on, no doubt. Youyang Gu’s suggestive claim is only that as single-variable explanations go, this is the most powerful.

Posted on February 8, 2021 by Michael Froomkin 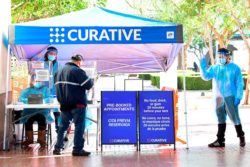 Florida is dismissing a recent warning from federal regulators about the accuracy of a popular COVID-19 test from one of the state’s largest testing providers — and continuing to use the test in a way the FDA has advised against.

Meanwhile, the state’s most populous county, Miami-Dade, is reconsidering how it uses the test.

Update: a friend writes to suggest the Curative test is really OK and doesn’t deserve the bastinado.

Nothing to See Here, Right?

Posted on November 29, 2020 by Michael Froomkin 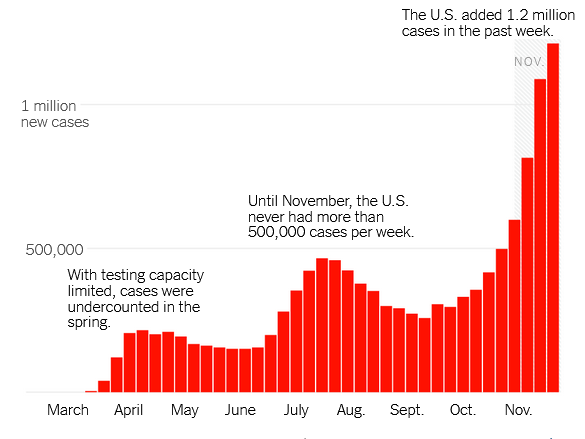 That’s the New York times weekly chart with data as of Nov. 23.  I guess we’ll get a bigger one in a couple of days.  Some scientists — elitist alarmists in the grip of community delusion, no doubt — are predicting things will get worse before they get better.

Looks fairly dramatic to me, but of course I’m not a scientist.

The increase in cases has not been matched, yet, by as great an increase in deaths, although that number is also rising quickly. 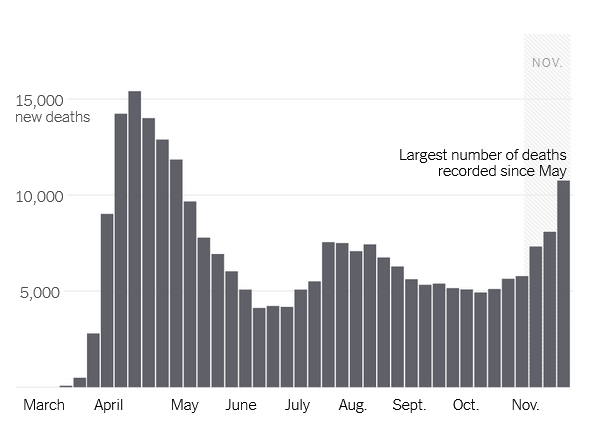 I suspect this is because deaths lag cases by several weeks, and because treatment has improved. In addition, perhaps, a smaller fraction of the new cases are in the most vulnerable (e.g. elderly) population compared to the earlier peaks. But if the lag claim is correct, then expect the weekly deaths number to go up for some time before it goes down.

The World Turned Upside Down

Posted on November 16, 2020 by Michael Froomkin

Germans — notorious for being hardworking — are told to adopt the ‘stay lazy at home’ mentality to defeat COVID.  Here’s another COVID public service ad running in Germany:

How come we don’t have ads like this here?

PS. Currently the German death rate from COVID is about one fifth (20%) of ours, on a per capita basis.  (Per Wikipedia COVID-19 Pandemic Death Rates by Country)

My Son is a Hero?

Posted on November 16, 2020 by Michael Froomkin

Apparently, according to the German government, as revealed in this video, at least one of my sons is a hero:

Maybe we need to create the Order of the Sofa?

Posted on November 14, 2020 by Michael Froomkin

“If every day, two jumbo jets would drop from the sky and kill everybody, don’t you think that everybody would be in a panic?”

NYT quoting Dr. Carlos del Rio, an infectious disease specialist at Emory University, referring to the death toll in the United States from the coronavirus pandemic.

US COVID-19 Case Rate Reported to the CDC in the Last 7 Days, by State/Territory (cases per 100K) 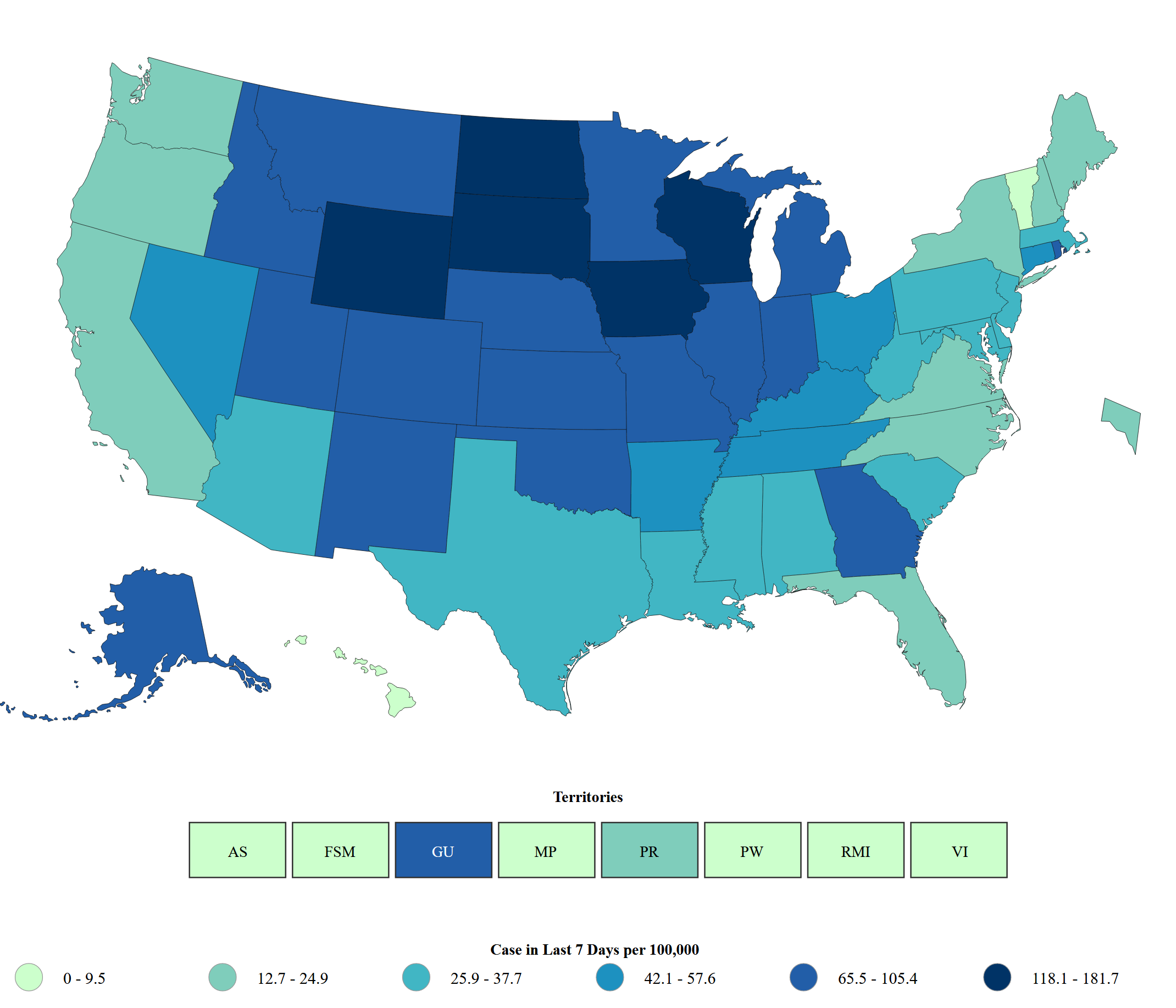 US COVID-19 Death Rate Reported to the CDC in the Last 7 Days, by State/Territory (deaths per 100K) 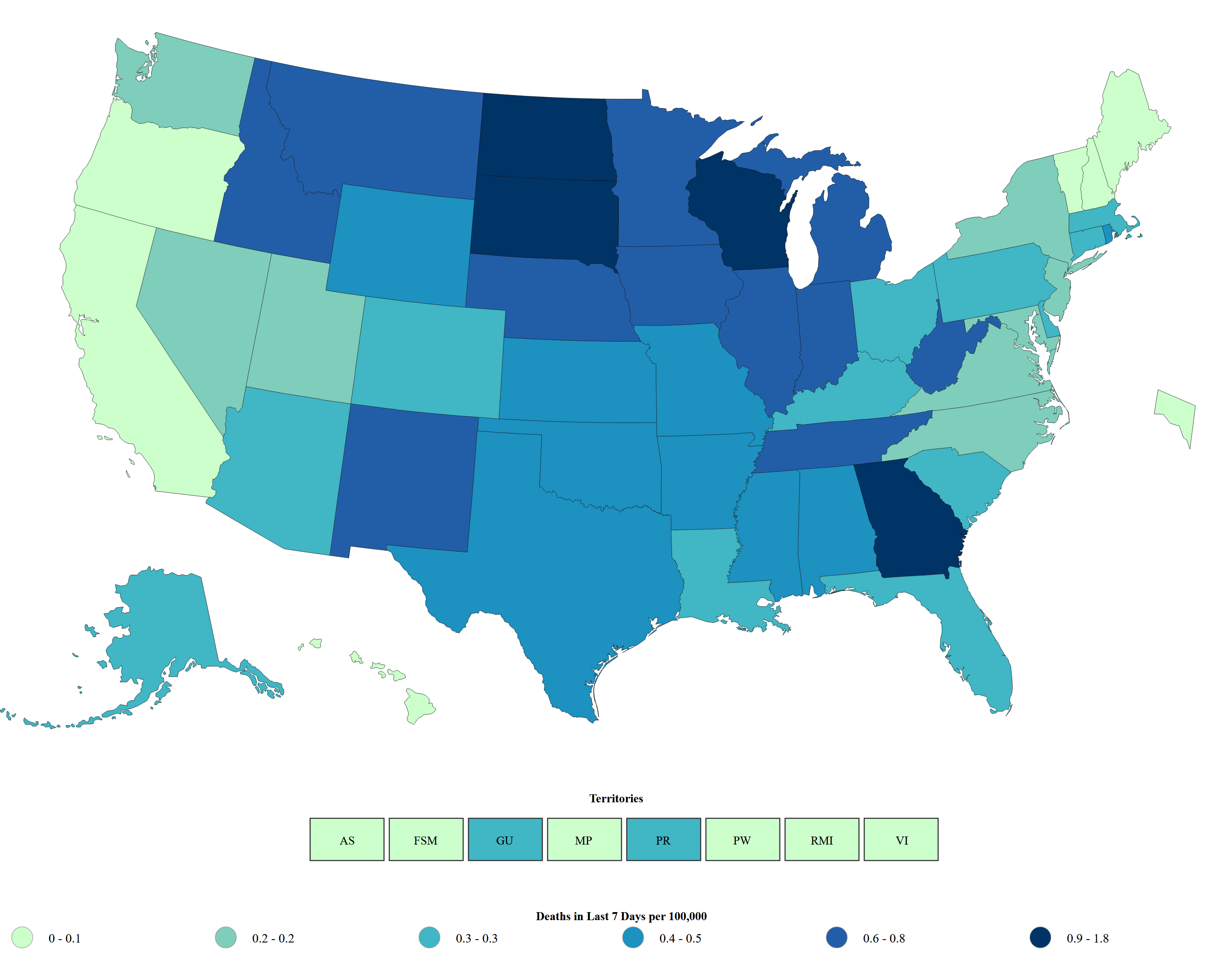