Backing Into a Weak Form of Herd Immunity?

Posted on February 12, 2022 by Michael Froomkin 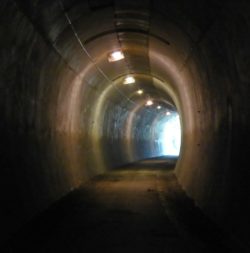 Are we in the US on track to back into a form of herd immunity?

About 62% of the US population has been fully vaccinated (but only about 36% being boosted as well, according to the CDC). Another 12% have received at least one dose. And over 18% have had *confirmed* cases. The likelihood is that, including asymptomatic infections or infections of people who didn’t bother to get tested, at least double that percentage, somewhere on the order of 40% of all Americans, have been infected.

If we just randomly assign that 40% of infected people among all those vaccinated and unvaccinated, that’s roughly 85% of the US population that should have at least *some* resistance to renewed infection. Another month of Omicron is probably going to take that up to 90%.

It’s possible there is a doomsday variant out there, but it’s more likely that, as COVID becomes endemic, each wave displays less and less virulence, not because they are inherently “milder,” but simply because the vast majority of the population has some, increasing, level of immune resistance.

–Bonddad Blog: Coronavirus dashboard for January 10: how “mild” Omicron is depends upon how much you lag the data