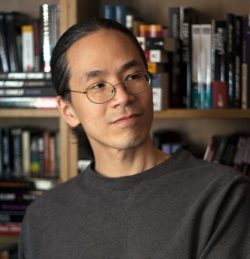 While there has been plenty of fiction written about pandemics, I think the biggest difference between those scenarios and our reality is how poorly our government has handled it. If your goal is to dramatize the threat posed by an unknown virus, there’s no advantage in depicting the officials responding as incompetent, because that minimizes the threat; it leads the reader to conclude that the virus wouldn’t be dangerous if competent people were on the job. A pandemic story like that would be similar to what’s known as an “idiot plot,” a plot that would be resolved very quickly if your protagonist weren’t an idiot. What we’re living through is only partly a disaster novel; it’s also—and perhaps mostly—a grotesque political satire.

Electric Lit, Ted Chiang Explains the Disaster Novel We All Suddenly Live In.