Today’s NYT has, on its front page both physical and virtual, what I think is an unintended juxtaposition. On the left side of printed paper was this story: 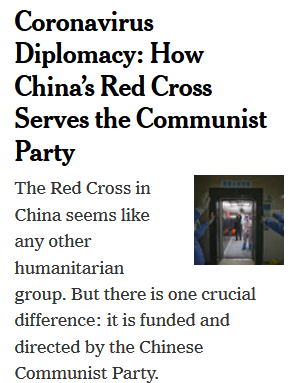 The gist of the story is that in China what would be an independent civil society group in the US prioritizes real and imagined state interests to the point of paralysis and unhelpfulness in a crisis. (Unmentioned are allegations of incompetence, greed, and mendacity of the US Red Cross, but never mind, we’re talking about the Commies here!)

As the NYT tells it,

In Wuhan, the charity’s officials were quickly paralyzed by bureaucracy, competing mandates and chaos. For days, tens of millions of dollars in funds went unused, while piles of protective gear sat in a sprawling warehouse as desperate health workers battled the virus without it.

When officials did distribute aid, they sent tens of thousands of masks to private clinics that were not treating coronavirus patients. In one early shipment, they prioritized local officials over health care workers. In another delivery, the equipment was substandard.

Compare that to the story on the right hand side of my morning paper:

Here we have the head of the US Government announcing a plan to prioritize the supply of goods over the lives of the people who prepare those goods.  Although there is no justification in law that I am aware of, President Trump also claims he will issue an order protecting Big Chicken and Big Meat companies from liability — that is somehow immunize the firms from suits by workers exposed to COVID-19 on the assembly line whom the firms endangered by poor safety practices.  Or, maybe, this immunity is meant to be only prospective, i.e. to block lawsuits by the workers whom the firms will endanger if they obey the order to go back to work (the temporal aspect of the claimed authority is as unclear as its alleged source).

So, on one side we have a structure in which the Party comes before efforts to get vital PPE and other supplies to hospitals and others who need them, and which diverts supplies to government favorites who do not.

And on the other side we have a government which injects confusion into the mask supply chain and stockpiles substandard ventilators, led by a man who proudly puts the interests of a few large firms ahead of the lives of their workers, and seeks to erase any financial claims of their survivors’ families.

What are we to make of this juxtaposition? Under Chinese Communism civil society is corralled to serve the interests of the Party,  as (mis)understood by bureaucrats, even if it leads to the the deaths of first responders and other citizens.  Under US Capitalism, the power of the state is invoked to serve the interests of large firms, even if it kills the workers due to the firms’ organization of the workplace.  No wonder other countries now pity us.

Andy Borowitz, Experts Believe the Coronavirus Could Be Defeated with the Twenty-fifth Amendment.

Sounds plausible to me.

It seems that yesterday’s post on China and the 2020 election, The Biter Bit, understated the nature of both Vice President Biden’s ‘Hunter problem’ when it comes to China and Trump’s own financial entanglements with a Chinese Government agent.

It isn’t just that Hunter had dodgy deals in Ukraine. It seems Hunter also had proximity to a deal with the Bank of China. Politico describes it as a “$1.5 billion deal announced in 2013 by partners of Joe Biden’s son, Hunter Biden.” In fact, it’s not at all clear it was for that anywhere near that much, and Hunter Biden didn’t get personally involved in the deal until much later — after his father left office.

But why let facts get in the way of a good story? As Politico goes on to note that, “Critics of the Bidens have seized on the fact that the agreement materialized just days after Hunter Biden traveled to China with the then-vice president, who was there on official business.” So that’s just close enough to a scandal to let the Trump campaign argue that there’s smoke, must be a fire. 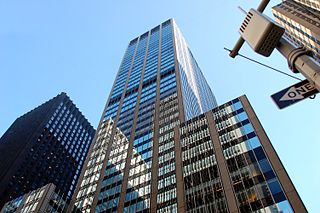 1290 Avenue of the Americas

Trump himself is tens of millions of dollars in debt to China: In 2012, his real estate partner refinanced one of Trump’s most prized New York buildings for almost $1 billion. The debt includes $211 million from the state-owned Bank of China — its first loan of this kind in the U.S. — which matures in the middle of what could be Trump’s second term, financial records show.

Steps away from Trump Tower in Manhattan, the 43-story 1290 Avenue of the Americas skyscraper spans an entire city block. Trump owns a 30 percent stake in the property valued at more than $1 billion, making it one of the priciest addresses in his portfolio, according to his financial disclosures.

Not a good look.

It’s said in all the finest newspapers and no doubt many blogs fine and otherwise that one of Vice President Biden’s electoral liabilities will be the Trump campaign’s expected hammering of his son Hunter’s commercial contacts with various Ukrainian companies.  The facts of the Hunter Biden matter paint a picture of someone trading on the perception of family influence — getting a well-paid gig for which he was at best not particularly qualified.  If didn’t rise to the level of Billygate, it nonetheless has a bad odor.

Meanwhile, conventional wisdom also states that Trump could execute a double whammy, and accuse Biden of being ‘soft on China’. This, the theory goes, plays to the nativist Trump base, but also to other voters who object to China for being Communist, or for being a low-cost destination  to which manufacturing jobs run away.  Biden, a committed internationalist, will — conventional wisdom asserts — be unwilling to be sufficiently rude to a major trading partner and growing regional power.  And even if Biden tries to out-Trump on the anti-China front, he won’t be able to do it well or convincingly both because his heart won’t be in it and anyway, he’ll be letting Trump dictate the terms of the debate.

But what if the conventional wisdom is wrong? What if both the ‘corrupt relatives’ issue and the so-called ‘China issue’ could actually rebound to hurt the Trump campaign more than the Biden campaign?  What if, for example, it were the case that voters could be persuaded to notice that it is Trump’s family that has been getting benefits directly from the Chinese government?

That is no doubt the thinking behind this hard-hitting ad called “Making China Great Again” from the Lincoln Project:

Incidentally, am I the last to learn that the phrase “The Biter Bit” was the title of an 1899 British black-and-white short silent film? Which of course you can now see online in its 1:08 entirety?

Brutal – But Only the Beginning

This, from something that calls itself the Democratic Coalition, is a brutal ad by modern standards.

I think it may look namby-pamby by the time of the election.

Gotta Move With the Times 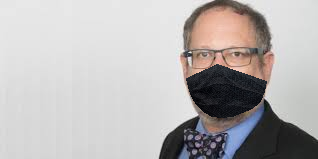 If you upload a photo to their website, they’ll add a mask to it in any of a bunch of colors. Cute idea, and really shows off the recognition power of their AI engine. Returned photo resolution may be limited, however.