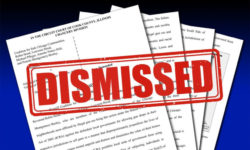 This entry was posted in Law: Administrative Law, Law: Constitutional Law, Law: Ethics, Law: Everything Else, Law: The Supremes, The Scandals. Bookmark the permalink.