Pixel One Battery Replacement is Possible!

Posted on February 24, 2019 by Michael Froomkin 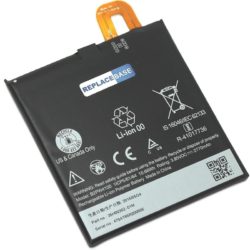 One of the more annoying things about the Pixel 1, aside from the Google Assistant that I had to disable on privacy grounds, is that it’s a sealed case — so no way to replace the battery. This started to become an issue a few weeks ago. It wasn’t just that battery life had gotten noticeably worse, you expect that after a couple of years, it was that the battery would go from c.20% to dead without any warning.

It turns out, however, that there’s an entire chain of Google-certified phone repair joints with the silly name of ubreakifix that will replace the battery in a Pixel in a couple of hours for about $80. That’s a lot cheaper than buying a new phone. I was afraid the thing would have horrible scars from being pried open, but no. “We have tools” the tech told me smugly, and it indeed there’s no sign the case has been opened, but battery life is 50% greater than it was last week.

So now I’m likely good until Google orpahans the phone, which could come as soon as in October, at which point supposedly they’ll stop doing patches for it. The idea of course is to make me buy a new phone. Sadly, it will probably work. I hope the Pixel 4 is better than the Pixel 3 or I may to switch to Samsung.

This entry was posted in Shopping, Sufficiently Advanced Technology. Bookmark the permalink.

4 Responses to Pixel One Battery Replacement is Possible!