Some of them counted more than others.

This is Slightly Weird

Inside the mysterious lot of land Donald Trump owns in Florida’s swamplands.

The quarter-acre parcel brings in no income, has no natural resources and has environmental restrictions. So why does the president still maintain it? ….

The plot brings in no income, has no roads, pavement or immediate prospect for development, and provides an environment that is friendly only to the swarms of mosquitoes that thrive in the humidity of the scorching Florida summer. …

The circumstances of Trump’s acquisition of the land, meanwhile, are equally as bewildering as his reasons for maintaining it for more than a decade. It was effectively gifted to him for $1 in July 2005 by a woman named Nazeema Carrico, who was listed in Palm Beach County records as the owner of a photographic studio specialising in adult lingerie shoots.

Carrico owned the land for only a few weeks, having bought it in June 2005 for $3,300 from a man in Ohio, who died earlier this year.

So is this the m/billionaire equivalent of a loose penny in the sofa, or is it where they bury the bodies?

It Has to be Asked 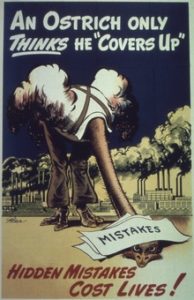 I’ve thought all along that the real Trump scandal would be financial rather than electoral — Kushner or someone going to the Russians for bailout money to rescue bad investments such as the 666 5th Ave. building.  Flynn’s role would be as a go-between, or enabler.

But here’s the thing: for weeks, months even, all of Trump’s actions have been consistent with what one might expect if Trump had in fact colluded with the Russians himself in some way that implicates his legitimacy in office and was now (somewhat incompetently) trying to keep the lid on the scandal.

It has to be asked: It’s not just that Trump Is Obsessed With the Russia Investigation, but isn’t Trump acting awfully guilty?

Bow Ties are In Again 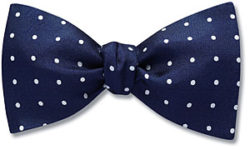 “This year’s draft broke the record for the most freshmen chosen, but the real record might have been for the most bow ties worn by draftees.” – NYT, Bow Ties and Statement Sneakers at the N.B.A. Draft

As someone who, when wearing a tie, has worn only bow ties since college (funerals and juries excepted), I’m happy to hear it. Over the years I’ve been asked if the bow tie meant I was a follower of Elijah Muhammed (yes, really, a first year student asked me that about 20 years ago), or a conservative (I blame George Will and Tucker Carlson for the tarnishment). I’m much happier to be associated with the fashion-forward NBA.

I’m guessing that most of the readers of this blog won’t care, and some others won’t agree, but I think it’s a shame that this piece of mashup brilliance by the Kleptones has only had fewer than 62000 views on YouTube since being uploaded exactly seven years ago. Even if the ending is abrupt.

The Kleptones are a one-man English electronic music group fronted by music producer and DJ Eric Kleptone. They are best known for their Internet-exclusive mashup albums. Typically, Eric Kleptone mixes rock/R&B instrumentals with rap and hip-hop vocals in a style that is “fun… and often surprising”.[1] Both his name and the group’s name are parodies of the famous guitarist, Eric Clapton, and a play on the fact that he is a “klepto of tones” (that is, he “steals” others’ music).

Update: OK, I see 125K views on Vimeo, which is a little better, but still way short of what it deserves. 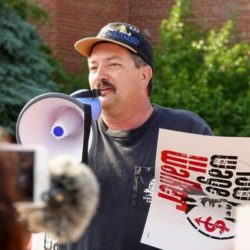 Paul Ryan is more unpopular nationally than Donald Trump: a recent Pew Research study found only 29% of Americans approve of Ryan’s performance. Yet what matters most to a Congressman is how he is viewed in his district. I haven’t been able to find a recent local poll; historically Ryan has been more popular at home than nationally, but the weakness of the national number has led some to ask Is Paul Ryan actually vulnerable in 2018?.

Enter Randy Brice, the Democratic challenger, with a first-rate declaration of candidacy video: