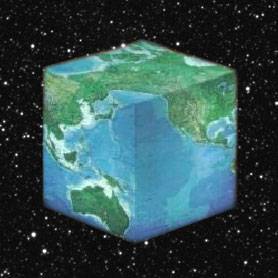 The Chinese are the chief defenders of global free trade.

The Germans are the upholders of the West’s moral values.

A Neo-Nazi (excuse me, “alt-rightist”) has taken over the White House.

The next Supreme Court nomination will be announced like a game show (arguably the Cabinet was too).

Trump fired Acting Attorney General Sally Yates this evening–as the President has the right to do–and issued a statement:

Ms. Yates is an Obama Administration appointee who is weak on borders and very weak on illegal immigration.

It is time to get serious about protecting our country. Calling for tougher vetting for individuals travelling from seven dangerous places is not extreme. It is reasonable and necessary to protect our country.

Tonight, President Trump relieved Ms. Yates of her duties and subsequently named Dana Boente, U.S. Attorney for the Eastern District of Virginia, to serve as Acting Attorney General until Senator Jeff Sessions is finally confirmed by the Senate, where he is being wrongly held up by Democrat senators for strictly political reasons.

“I am honored to serve President Trump in this role until Senator Sessions is confirmed. I will defend and enforce the laws of our country to ensure that our people and our nation are protected,” said Dana Boente, Acting Attorney General.

Yates had angered Trump by instructing Justice Department lawyers not to defend his executive order banning travel for people from seven Muslim-majority countries. Various parts of the order have already been enjoined by district courts around the country. Presumably the Trump people shopped for someone willing to overturn Sally Yates’s order, and found one: New acting attorney general says he will enforce order.

Dana Boene was sworn in this evening in order to ensure that there would be someone with legal authority to sign foreign surveillance warrants.

[edited shortly after publication for clarity]

Update2: Josh Blackman makes two interesting points. First, one might theoretically question whether firing is a qualifying reason under the Vacancies Act that the incumbent is “otherwise unable to perform the functions and duties of the office” and, more significantly, (2) this action might have precedential value if and when Trump fires and replaces Richard Cordray.

Someone is holding a human spine next to Marco Rubio right now is funny.

But How to give your Member of Congress a spine is funnier–and you can do it from home.

Posted in Completely Different, The Resistance | Leave a comment

In How Many Impeachable Offenses Can A President Commit In Nine Days?, UM law grad Howard Brilliant lists (and documents) what he calls 18 impeachable offenses committed in nine days:

While I grasp that at the end of the day, grounds for impeachment may just be what two houses say it is, it seems to me that under a fair reading of the Constitution, most of these are not in fact impeachable offenses but just actions that are evil, stupid, or both.

Have a look and mark down which you think qualify, then take a look at my cull from the list:
END_OF_DOCUMENT_TOKEN_TO_BE_REPLACED

In my 14 years of blogging, I’ve never written a political blog post. I haven’t needed to.

It is quite clear something has become deeply unglued in the state of American politics.

I exercised my rights as a American citizen and I voted, yes. But I mostly ignored government beyond voting. I assumed that the wheels of American government would turn, and reasonable decisions would be made by reasonable people. Some I would agree with, others I would not agree with, but I could generally trust that the arc of American history inexorably bends toward justice, towards freedom, toward equality. Towards the things that make up the underlying American dream that this country is based on.

This is no longer the case.

I truly believe we are at an unprecedented time in American history, in uncharted territory. I have benefited from democracy passively, without trying at all, for 46 years. I now understand that the next four years is perhaps the most important time to be an activist in the United States since the civil rights movement. I am ready to do the work.

Today’s Presidential Executive Order on Reducing Regulation and Controlling Regulatory Costs is the sort of dumb thing we law profs write up for final exams.

[Sec 2.] (a) Unless prohibited by law, whenever an executive department or agency (agency) publicly proposes for notice and comment or otherwise promulgates a new regulation, it shall identify at least two existing regulations to be repealed.

(b) For fiscal year 2017, which is in progress, the heads of all agencies are directed that the total incremental cost of all new regulations, including repealed regulations, to be finalized this year shall be no greater than zero, unless otherwise required by law or consistent with advice provided in writing by the Director of the Office of Management and Budget (Director).

[Sec. 3] (c) Unless otherwise required by law, no regulation shall be issued by an agency if it was not included on the most recent version or update of the published Unified Regulatory Agenda as required under Executive Order 12866, as amended, or any successor order, unless the issuance of such regulation was approved in advance in writing by the Director.

Sec. 4. Definition. For purposes of this order the term “regulation” or “rule” means an agency statement of general or particular applicability and future effect designed to implement, interpret, or prescribe law or policy or to describe the procedure or practice requirements of an agency, but does not include:

(a) regulations issued with respect to a military, national security, or foreign affairs function of the United States;

(b) regulations related to agency organization, management, or personnel; or

(c) any other category of regulations exempted by the Director.

Spot the issues. (Hints: “Unless prohibited by law” “Unless otherwise required by law”, “Regulation’)