One of the Only Posts on Usage Here

Posted on February 14, 2015 by Michael Froomkin

Excuse me while I exercise my inner dinosaur, or maybe it’s just my language curmudgeon, but every time I read the phrase “one of the only” I think less of the writer.

Mr. Google tells me that I’m not one of the only people bothered by this — though clearly not everyone who has noticed the rise of this odd phrase cares. More surprisingly, some others think “one of the only” means “one of a small group,” although why the author can’t then say that, of just “one a few,” I don’t know.

Posted on February 13, 2015 by Michael Froomkin

I was getting annoyed at my radio this morning, as the dulcet-toned pseudo-liberals on NPR called the Greek Government “radical left”. Why is a simple request for rescheduling/partial write-off of debt repayment so radical? It is just basic neo-Keynsian economics. Fact-based and thus liberal, yes, but hardly “left-wing” much less radical.

Krugman explains. And now I understand.

Posted on February 10, 2015 by Michael Froomkin

April 14 — just over two months away — there is going to be an election for Mayor of Coral Gables and for an open seat on the Coral Gables Commission. Vice Mayor William H. Kerdyk, Jr., who has been in office since 1995(!), is stepping down due to term limits.

So in a couple of weeks I’ll have to start paying attention to Coral Gables politics again. A lot has happened since the ’13 election.

[UPDATES: THERE ARE MORE CANDIDATES — See Fifth Candidate in CG Commission Race Group V and And Then There Were 6 and Contested Race in Group IV]

As usual, I’ll try to go to some candidates’ events (please post any info you have about where/when they are in the comments!), send the candidates an updated version of my questionnaire, and maybe even try to do a phone or in-person interview with each of them. Please use the comments below to suggest issues/questions I should be asking about.

For Mayor (Group I, two year term): This is a rematch election between incumbent last election was fought over two main issues: Cason’s support for the then-City Manager Pat Salerno, and Cabrera’s claim that there had been an uptick in crime. Cason and his supporters ridiculed that claim, and he won re-election.

Funny thing, though–soon after the election it started to look like Cabrera was right all along. First City Manager Pat Salerno resigned after being caught hiding traffic accident data from the Commission (the underlying issue was planting of expensive and unnecessary palm trees – so Florida). Short of outright embezzlement (and we’ve had that in Coral Gables in the past), I can’t think of a better reason to get rid of a City Manager than hiding info from the Commission.1

Then the Chief of Police I had got snookered about crime data like almost everyone else. Score another win for Ralph Cabrera!

But, wait a minute, a later data audit by the FBI (the FBI does data audits???) said the numbers were not cooked? Now I’m confused again… Expect to hear more about this during the campaign until we are all sick of it.

For Group IV (four year term): Frank Queseda is running unopposed. Once it was usual to speak of a Cason-Kerdyk-Quesada majority, but Queseda broke with Cason on the critical issue of ousting the City Manager after he was caught misinforming the Commission and, if memory serves, also broke with Cason on the decision to oust the Police Chief for faking traffic accident data.

For Group V (four year term): this is the seat Kerdyk is vacating. We are entitled to hope for an upgrade. There are four candidates:

Both PJ Mitchell and Norman Anthony Newell ran in Group III two years ago, in the election won by Pat Keon (49% of the vote). In that race Mr. Mitchell got 7.38% of the votes, Mr. Newell got 6.00%. Amazingly, perennial candidate Jackson Rip Holmes (1.32%) does not appear to be running this year.

Conducted in off years, Coral Gables elections can be low turnout affairs. Although there are more than 31,000 registered voters in Coral Gables, fewer than 7,200 voted in 2013. So every vote counts more than you might think. With multiple candidates in the race you don’t even need a majority to win. There’s no runoff, much less the instant runoff voting system I favor for multi-candidate elections.

Note: Just in case it is relevant I thought I should direct candidates and their friends to the House Rules on Coral Gables political coverage. Worth reading before you try to enlist me in sliming your opponents.

My Kind of Lolcat

Posted on February 6, 2015 by Michael Froomkin

As of February 5, 2015, Cheezburger has never received a National Security Letter, an order under the Foreign Intelligence Surveillance Act, or any other classified request for user information. 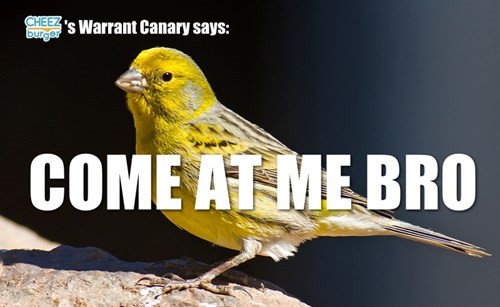 I’ve Been Looking for This!

Posted on February 2, 2015 by Michael Froomkin

This extension prevents Google, Yahoo and Yandex search pages from modifying search result links when you click them. This is useful when copying links but it also helps privacy by preventing the search engines from recording your clicks.

In other words, when I get google search results and right-click on them, instead of getting useless garbage, I get a link I can use in blog post or a footnote — especially handy for linking to .pdf files where the URL doesn’t show up in the program that pops up to display the document.

Most folks won’t need this extension. But those who do will love it.

Posted on February 1, 2015 by Michael Froomkin

Now how about having more community spaces designed for Meetups?