What I Expect to Learn Today

…is whether the metal valve in my aorta sets off airport metal detectors.

Yes, the family is leaving early in the day for a quiet (two teenage boys, cough cough) week's holiday to a house in a location which if not in the absolute middle of nowhere is at least on the edge of it. But only, promises the rental ad, about 30 minutes from somewhere. Even if it is, we later discover, some 75 feet from the road to the house.

To get there from here will involve a short flight as I didn't feel up to the very long drive we might otherwise have taken. Then we will still have a car ride of some length. The house is well suited, allegedly, for lounging about — something I'm getting quite practiced at. There are supposed to be great views. And if I want exercise, well, the house is on a mountain side.

There's supposed to be broadband, so we may be on the information highway even if we're just on the edge of the paved grid. Or there may not be broadband, in which case there will be very little posting for a week, but that doesn't mean I've had a relapse. Or, there may be broadband and I still may not be posting much.

(As regards the metal detectors, I have this card I'm supposed to give anyone who wants to point a magnetic field at me about the metal inside me. It tells them the safety parameters beyond which the fields can hurt me. It looks terribly easy to counterfeit, so I wonder if the TSA will accept it if I do set off the alarms, or if I'm headed for the back room to show them my scars.)

All this is due to the fact that I'm feeling considerably better than I was, say, two months ago. There is no question that I am recovering, slowly but generally surely. That said, I still have some way to go before reaching normal strength and especially stamina. I can do most of what I used to do — but not nearly as much of it in a day. And a cold really really knocks me out. And I'm not up to doing much work yet.

The docs said it would take six to twelve months to feel 100% and it has been about five (or four if you count from my hospital discharge) so far, so I suppose I'm on track. Teaching starts in a few weeks, and I'm confident I'll be ready to handle the one class I'm scheduled for. Whether I'll be up to much of anything else remains to be seen.

The Land of Second Chances

The Harvard Crimson (they publish in summer?) has a nice story on Edmond Joseph Gong who flunked out of Harvard Law after his first year — they said he would “never become a lawyer” — but after a stint as a reporter found a second chance in his home town, at the University of Miami School of Law from which he graduated in 1960.

Mr. Gong went on to become an Assistant US Attorney, then got elected to the Florida House, then the Florida Senate in 1966, making him the only nonwhite state Senator at that time.

Cheap at the Price

The Obama administration's pay czar said Friday that he did not try to recoup $1.6 billion in lavish compensation to top executives at bailed-out banks because he thought shaming the banks was punishment enough.

Yes, such humiliation. How will they ever be able to look themselves in the mirrors of their Ferraris?

The media tempest over Shirley Sherrod's firing has reached down to me, and I'm quoted in the Palm Beach Post's take, Racism allegations, apologies fly fast Ex-Ag exec thrust into racism debate.

The reporter wanted to know if Ms. Sherrod might have a libel claim. Leaving aside the issues as to against whom a libel or false light claim might be filed, I tried to explain to the reporter that economic injury (if it existed) was only the easiest sort to prove, not the only sort that mattered, but that got lost somewhere, I fear.

The reporter seemed surprised that it could be hard to prove the case if Ms. Sherrod ended up with a better job, even though she had been held up to a degree of insult and ridicule, but a tort claim requires you prove injury as an element of the claim and I can certainly imagine a defense based on the claim she ended up better off so where's the damage? With some juries it could work.

Posted in The Media | 6 Comments

The Politics of Face

Rep. Grayson gave a stemwinder of a speech the other day in which among other things he noted that by delaying the extension of unemployment insurance Republicans were “taking food from the mouths” of children. There's probably an element of truth to this, since not everyone losing benefits will be able to go on welfare immediately, but in any case it's not the sort of talk the GOP is used to receiving; it would rather dish it out.

The reaction was not slow: a GOP apparatchik at something called the Media Research Center offered a public call:

“I'll give $100 to first Rep. who punches smary idiot Alan Grayson in nose.”

Grayson's reaction is at least as good as his original speech.

Posted in Politics: US | 3 Comments 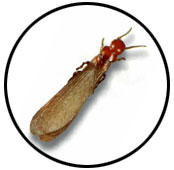 In a couple of weeks, my house is going to be covered with a thing like a circus tent.

Before that happens, I have to take out all the food, medicines, houseplants, and anything else that could end up in a mouth, as that tent is going to be pumped full of noxious toxic gas.

Yes, we have drywood termites. The flying kind. Indeed, judging from the number of tents sprouting in the neighborhood, every other house is infested.

We went through all this about ten years ago, and it seemed amazingly hard, a once-in-a-lifetime mess. A wiser colleague warned me that tenting every ten years or so was just an incident of life in south Florida. I didn't believe him, but he was prophetic. And after hurricanes, teenagers, and the odd medical crisis, it doesn't seem so bad.