Julian Kreeger, a great friend of the law school and one of our super Adjunct Professors, is profiled in South Florida Classical Review's Julian Kreeger marks a quarter-century of bringing the finest chamber music to Miami.

Julian and his wife, Judith Kreeger, a leading Circuit Court judge, have more records (LPs, not CDs) in their home than I have ever seen outside a record store. The article says they have 25,000, and I believe it.

A genial, rumpled presence at the University of Miami’s Gusman Conccert Hall, Kreeger is among the small and disappearing group of leading independent presenters who have helped make South Florida a surprisingly rich place for live classical music.

“I wanted to do what I could to bring world-class performers to Miami, continue the good work of Friends of Chamber Music that started in 1955, and do it at affordable ticket prices,” said Kreeger, who presents his final concert of the season this Sunday. “I tried to bring to Miami some things that you might not expect.”

Although the music world places a premium on great performers, Kreeger is one of the world’s great listeners. 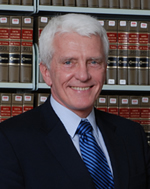 Larry Tribe Will Be Our Commencement Speaker

Looks like we're giving Larry Tribe an honorary degree and he's speaking to our grads:

Laurence H. Tribe is the Carl M. Loeb University Professor at Harvard Law School. He is widely recognized as a liberal scholar of constitutional law and a practitioner before the U.S. Supreme Court. He clerked for Supreme Court Justice Potter Stewart from 1967-1968 and became an assistant professor of law at Harvard in 1968, where has taught ever since. He is the author of American Constitutional Law (1978), a treatise in that field, and has argued before the Supreme Court more than 30 times. He taught President Obama at Harvard Law School. He is currently on leave from Harvard to fulfill his new duties as senior counselor for access to justice at the U.S. Justice Department. In that position, Tribe will develop ways to improve legal services for the poor, find alternatives to court-intensive litigation, and strengthen the fairness and independence of domestic courts. He will receive an honorary Doctor of Laws and will speak to graduates at the School of Law commencement exercise on Sunday, May 16 at 2 p.m..

Email Header From the Trash Folder

“ARE YOU ALIVE? IF NOT CONTACT HIM URGENTLY.” (This is followed by what seems a pretty standard 419 scheme, although allegedly based in the UK.)

Bad Advice from My Bank

I went to the bank today to deposit, among other things, a $5 rebate check for a piece of computer gear purchased before my illness. The check said on its front that it was “Not Valid Unless Cashed Before April 28, 2010”. Today is April 27, 2010. The teller refused to accept the check. “It says April 28. I can't accept it before that date. Come back tomorrow.” Of course, had I done so, the check would have been invalid. I protested that the words “not valid unless cashed before” had some relevance here. The teller was adamant: the check couldn't be cashed until tomorrow. I was adamant too: the check would be worthless tomorrow.

I was invited to go sign in at the front desk and cool my heels in some other queue for an indefinite period of time until the manager (“he's busy with someone right now”) might deign to speak with me to resolve the issue. I refused and suggested I would stay put in front of the teller until the manager arrived. The teller went to see her non-manager supervisor. Amazingly, the supervisor agreed the check couldn't be cashed without the branch manager's OK. I stood there. Eventually, the teller found the manager, who never appeared to speak to me, and announced that since it was only $5 they would do me the great favor of taking the check.

Short Citibank now? Or is it a good business model for them to alienate customers who bother them by depositing pesky $5 checks?

According to Walk Jog Run my current figure-eight walk around my block and the one north of me totals 0.87 miles, which seems significantly more than I would have guessed. Anyway on a good day I do that route in about 30 minutes, which given my condition would be very good for .87 miles, and isn't bad for the .6 or so I thought it really was.

Is Walk Jog Run (which is based on Google Maps) reliable for short distances? I could imagine an evil business model based on making runners feel good by making them think they were going farther then they really were….