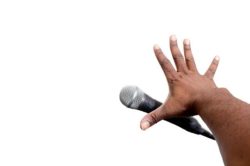 Putin dies and ends up in hell. After a few years, the devil calls him in and tells him that he is being paroled back to Moscow for good behavior. Putin arrives in Moscow and goes to his favorite bar and orders a small pitcher of vodka. He starts talking to the bartender. “I’ve been away for a long time, Tovarisch, and I have been out of touch. Do we still hold Crimea?” “Yes,” the bartender replies. “How about the Donbas?” “That, too,” says the bartender. Putin is hesitant to ask, but he jumps in the deep end, “Do we have Kyiv?” “Yes, we have Kyiv.” “That’s wonderful!” says Putin and pulls out his money to pay for his drink. “What’s that?” asks the bartender. “Ten rubles,” says Putin, “eight for the drink and two for you.” “Rubles? We haven’t used rubles for years. The price is ten Euros.” 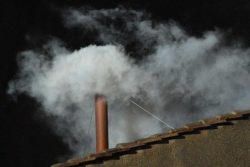 White Smoke over the Vatican

I am delighted to announce that David Yellen, a distinguished and accomplished educator, mentor, author, and innovator has been named the new dean of the School of Law.

Dean Yellen previously served as dean and professor of law at Loyola University Chicago School of Law from 2005 to 2016 and is currently the chief executive officer of the Institute for the Advancement of the American Legal System at the University of Denver, an independent research center that works nationally to improve access to justice and effectiveness of the civil justice system.

While under his leadership, the Loyola University Chicago School of Law was often cited as one of the most innovative law schools, instituting a master’s level degree track for non-lawyers and implementing distance learning for the Juris Doctor program long before the COVID-19 pandemic forced higher education institutions to accelerate remote and hybrid learning environments. David Yellen, who also served as dean of the Maurice A. Deane School of Law at Hofstra University, where he held the Max Schmertz Distinguished Professorship, was often listed among the 25 Most Influential People in Legal Education by National Jurist magazine.

Following his tenure at Loyola, he was named president of Marist College from 2016 to 2019, where he led the planning for a new medical school for the institution. Among other notable appointments, he has been the Reuschlein Distinguished Visiting Professor at Villanova University School of Law and twice served as a visiting professor at Cornell Law School.

I want to extend my sincere thanks to former Notre Dame Law Dean Nell Jessup Newton for her exemplary service and leadership as interim dean of Miami Law since September 1, and also my grateful appreciation to Professor Stephen Schnably for providing his steady hand as acting dean of the School of Law during the transition to the appointment of Dean Newton.

The School of Law search committee, expeditiously led by Guillermo Prado, vice provost for faculty affairs and dean of the Graduate School, did extraordinary due diligence in its national search for our new dean at the School of Law. Their selfless commitment to this important work is much appreciated.

Please join me in welcoming Dean David Yellen and his wife, Leslie Richards-Yellen, to the U.