It not uncommon for city or county governments to rip off taxpayers by handing valuable land cheap to developers, or even subsidizing development whose benefits will run primarily or even entirely to the mega-wealthy. That is the story of many a sports stadium.

But only in Miami would the beneficiary of one giant taxpayer ripoff, indeed the largest in area history to date (the Marlins stadium), do a video mocking another proposed ripoff, here the Melreese giveaway.  That’s the giveaway of a huge park that will supposedly be used for a soccer stadium, but which camouflages the fact that most of the land will be used for a mall and other private profit-making buildings. Is the video fueled by envy that the new ripoff would smash the Marlins’ record?

See the video at Twitter. Be warned that it contains language that people from more delicate parts of the world may consider unfit for polite company.

Top Ten Signs You Might be at a Republican Seder 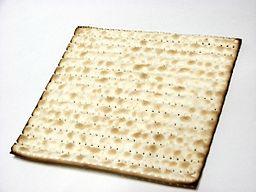 10. They refuse to answer the four questions without a subpoena.
9. They demand a recount of the ten plagues.
8. They defend not increasing the minimum wage on the grounds that according to Chad Gadya it still costs only two zuzzimto buy a goat.
7. The afikomen is hidden in the Caymen Islands.
6. They refuse to open the door for Elijah until they see his immigration papers.
5. They attack Moses for negotiating a deal with Pharoah because why would we negotiate with our enemies?
4. They don’t understand why the Egyptians didn’t cure the plagues with hydroxychloroquine.
3. They omit the parts about slavery from the Haggadah because it reminds them of Critical Race Theory.
2. They keep saying “when do we get to the miracle of the Jewish space lasers?”
And the number one sign that you might be at a Republican seder:
1. They end the seder by singing “Next year in Mar-a-Lago.”

Stolen from Digby, which itself offers an appropriately tangled pedigree.

Update:Steve Sheffey wrote me to claim authorship, and to say he has a newsletter.