Love this Biden “Silence Him” ad, and it’s going viral:

They Say an Election is Like a Job Interview

Let’s make that simile concrete, shall we….

Video by Win America Back PAC.

I don’t know why, but I particularly like this one. Really makes its point without bludgeoning the viewer.

It’s Bad All the Way Down

People for the American Way teamed up with The Lincoln Project to make this video called “Cruel“. There’s also a Spanish-language version:

Immigration policy is the most straightforwardly cruel thing the Trump admin has done; but COVID failures, environmental rollbacks and destruction, and benefits cuts (attempts — and some successes — cutting medical care, food stamps, other programs for the poor) are also awful.  Give me a few minutes I could no doubt double or triple the list.

Can you name a single Cabinet department that has not been engaging in awful policies? I can’t.

Why Just Re-Opening and Ignoring COVID is a Total Crock

The Niskanen Center has historically been an almost-libertarian think tank, but one much more focused on economic reality than many of its peers. In the past six months or so, it’s become my favorite think tank to read, not because I always agree with it — I certainly do not, although I do think the Center may have drifted a bit left, i.e. inwards towards the center from the fringier right-wing domains it started in — but because its positions are so often well-reasoned and well-supported.

The most recent essay from Niskanen on why libertarian proposals to just re-open everything and wait for herd immunity to solve the COVID problem, The Useful Libertarian Idiocy of The Great Barrington Declaration, is typically good (and also fairly long compared to the average sound bite). Here’s one of my favorite parts:

“Adopting measures to protect the vulnerable should be the central aim of public health responses to COVID-19,” according to the [libertarian Great Barrington Declaration Declaration]. However, it offers no assurance that they can be successfully protected when those who aren’t especially vulnerable hasten to “resume life as normal,” as the authors recommend. As John Barry of the Tulane School of Public Health recently wrote in the Times:

One can keep a child from visiting a grandparent in another city easily enough, but what happens when the child and grandparent live in the same household? And how do you protect a 25-year-old diabetic, or cancer survivor, or obese person, or anyone else with a comorbidity who needs to go to work every day? Upon closer examination, the “focused protection” that the declaration urges devolves into a kind of three-card monte; one can’t pin it down.

The idea that we can protect the vulnerable through a strategy that cheers on soaring rates of infection is dumbfounding. It seems that the only way to protect the elderly, immunocompromised, and otherwise at-risk while simultaneously encouraging the spread of infection through the community would be to seal them off from the rest of the population, which simply isn’t possible, practically or politically.

Consider a single mom, Maria, with an autoimmune problem (rheumatoid arthritis, say) who needs to take an immunosuppressant to function as a breadwinner and a parent. Surely it’s better for the whole family if the kids are attending school in the flesh. That means that Maria can support her family by continuing to clean hotel rooms. But now suppose everything simply returns to normal with the conscious aim of getting the bulk of the population infected. How do we protect Maria? She certainly won’t be able to go to work at the hotel to support her kids. And it becomes very likely that her kids will get infected at school, which may not harm them, but could pose a mortal risk to her. In that case, who will take care of them? How will they afford groceries?

Reflecting on cases like these, which could be multiplied indefinitely, the proposal comes to seem pointless. Nobody is going to do this. What’s even the idea here? That a governor or mayor or city council will one day announce that it is now officially a Great Barrington “focused protection” jurisdiction and everyone will just shout “Hurrah!” and sprint to the nearest massage parlor or high step it to the hoe down whilst Maria and the old folks across the street and the neighbor kid with a rare lymphatic disorder …. what? They’re issued impermeable bubbles? We all know that nobody’s getting a taxpayer-funded bubble. And very few of us are willing to simply allow the virus to cull the weak. Which is why next to nobody’s going to try the Great Barrington strategy. And if somebody does try it, it obviously can’t work.

“Young low-risk adults should work normally, rather than from home,” the Declaration’s authors argue. “Restaurants and other businesses should open. Arts, music, sport and other cultural activities should resume.” This is all very easy to say! But you can’t believe most people are actually going to go along with this amid soaring infection rates unless you think people are generally a bunch of amoral idiots.

I’m no angel, but it’s nevertheless important to me, as a matter of elementary moral duty, to avoid becoming a link in a chain of viral transmission that could kill somebody. But even if you’re completely bereft of any sense of responsibility for the lives and welfare of others, it remains that there are plenty of selfish reasons to steer clear of the maskless rager over at the Sig Ep house (an unfortunate reality here in Iowa City.) Lots of folks who get sick from the coronavirus take months to recover. There are widespread reports of lingering neurological effects. The virus seems to cause lasting damage to the hearts and lungs of many who get infected, including in those who showed no symptoms. John Barry notes that “One recent study of 100 recovered adults found that 78 of them showed signs of heart damage. We have no idea whether this damage will cut years from their lives or affect their quality of life.”

So mere personal prudence is enough to lead many of us to decline invitations to weddings, retire our gym memberships, and eschew dine-in restaurants. It’s enough to keep managers and business owners from calling their workers back to the office. Now add a functioning moral compass to mix. In that case, a moderate level of entirely voluntary self-isolation and avoidance of un-distanced and/or mask-free social situations becomes practically inevitable.

There’s loads more where that came from.

Miami-Dade Politics in a Tortilla Shell 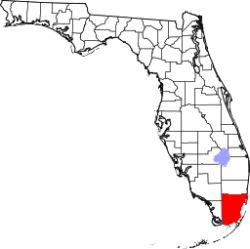 In the course of a long essay explaining what’s going in in Florida voting and why it’s going to be a very close race, Steve Schale, long-time guru of the Democratic ground game in Florida, tries to explain Miami-Dade politics to the world:

It is important to remember for those who are tweeting at me about Dade that is basically a riddle, wrapped in a mystery, inside an enigma, stuffed into a empanada, doused with hot sauce, and barreling down I-95 at 90mph in a Honda Civic in the emergency lane with the driver leaning out the window holding a couch that is tied to nothing yet somehow balancing on the car roof in a driving rain storm with no windshield wipers, or functioning turn signals.

I get the concern about Dade from Democrats. I also get it is a place that beats to its own drummer. The bad news: GOP turnout rates are higher than Democrats. The reality: that doesn’t overly worry me as a single data point. The GOP machine is very good in Miami – and particularly in the Cuban community, there is a real effort to get people to vote by mail and vote early. And Democrats tend to catch up over time.

Keep in mind a few things: there are more Republican Hispanic registered voters than Democrats. I think folks often forget this. Both parties are turning out a fairly equal percentage of new and sporadic voters – so a lot of their advantage is just a function of their voters voting earlier – just like that is benefiting us elsewhere. Also, I looked at some similar data from 2016 later in this same week – and the registration spreads between the two parties were pretty similar.