I’m old enough to remember how Michael Dukakis got pilloried for this photo op he staged of him riding around in a tank: 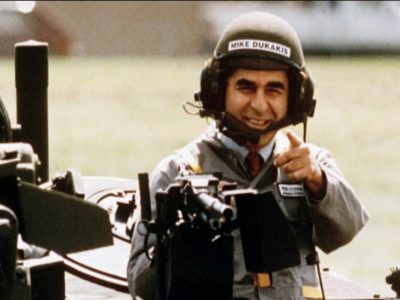 There were a lot of reasons for it: Dukakis looked uncomfortable; the public became convinced that he was being a fake — acting against type, doing something he didn’t really believe in — and there was, I always suspected, a tinge of resemblance to the late Alfred E. Newman.

I think there’s a good chance, assuming we’re not under occupation at the time, that we’ll look back at this week’s Trump photo op in the same way.  I’m talking about the one where, after having police clear out lawful protestors from across the White House, in which he holds aloft some random Bible (Q: “Is that your Bible?” A: “It’s a Bible”) while looking — like Dukakis did — as the answer to What Does Not Belong in This Picture? 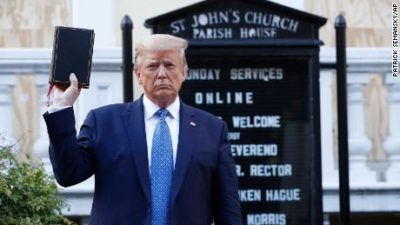 Acting against type, doing something he doesn’t really believe in.  Not a good look, it turns out.

This entry was posted in 2020 Election, Trump. Bookmark the permalink.