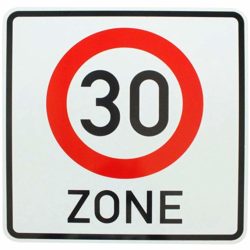 That, apparently, is how long we’ve been married as of today.  Caroline and I are going somewhere nice to celebrate.

Yes, We Have Reached a New Low

…and I suspect we’ll go lower.

A lawyer from the US Department of Justice argued (with by all accounts a straight face and no embarrassment) to a federal court of appeals that the US has no obligation to give soap or toothbrushes to children being detained — in cages — in a federal facility while their asylum claims are pending.

Meanwhile the online crowds are debating what to call these places where kids sleep on concrete floors under foil blankets, and will no longer get English lessons or even playground access.

Personally, although I have no problem with the term “concentration camp” since it’s historically accurate, I think the best word is “atrocity”.

PS. Just to head off one common and inaccurate rejoinder, a recent study shows that “When families and unaccompanied children have access to legal representation, the rate ofcompliance with immigration court obligations is nearly 98 percent.”

And to anticipate a second rejoinder, Godwin’s Law does not apply here.

The ‘Revised Common Rule’ took effect on January 21, 2019, marking the first change since 2005 to the federal regulation that governs human subjects research conducted with federal support or in federally supported institutions. The Common Rule had required informed consent before researchers could collect and use identifiable personal health information. While informed consent is far from perfect, it is and was the gold standard for data collection and use policies; the standard in the old Common Rule served an important function as the exemplar for data collection in other contexts.

Unfortunately, true informed consent seems incompatible with modern analytics and ‘Big Data’. Modern analytics hold out the promise of finding unexpected correlations in data; it follows that neither the researcher nor the subject may know what the data collected will be used to discover. In such cases, traditional informed consent in which the researcher fully and carefully explains study goals to subjects is inherently impossible. In response, the Revised Common Rule introduces a new, and less onerous, form of “broad consent” in which human subjects agree to as varied forms of data use and re-use as researchers’ lawyers can squeeze into a consent form. Broad consent paves the way for using identifiable personal health information in modern analytics. But these gains for users of modern analytics come with side-effects, not least a substantial lowering of the aspirational ceiling for other types of information collection, such as in commercial genomic testing.

Continuing improvements in data science also cause a related problem, in that data thought by experimenters to have been de-identified (and thus subject to more relaxed rules about use and re-use) sometimes proves to be re-identifiable after all. The Revised Common Rule fails to take due account of real re-identification risks, especially when DNA is collected. In particular, the Revised Common Rule contemplates storage and re-use of so-called de-identified biospecimins even though these contain DNA that might be re-identifiable with current or foreseeable technology.

This is my second foray into the deep waters where AI meets Health Law. Plus it’s well under 50 pages! (First foray here; somewhat longer.) 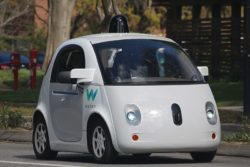 Since autonomous car tend to have trouble with bad weather–snow and sometimes rain–flat, sunny Florida would seem to be a natural testing grounds. Indeed, Ford is supposedly running or planning to run a test in Miami, although I haven’t heard of actual sightings yet. Then again, we have some of the craziest drivers in the US, which could be seen as a positive or negative, depending on what sort of torture test you want to give the AIs.

Florida’s Political Fulcrum: the I-4 Corridor

Master Florida psephologist Steve Schale does a deep dive as to why the road to winning Florida is the I-4 corridor (that’s the Orlando to Tampa link in the middle of the state).  The rest of us, it seems, are fairly predictable. Another nugget: some of the swing vote in the I-4 area are transplantees from the mid-West. (Does that make it Biden country?)