Dean White Will Step Down After 10 Years as Law Dean

Here’s the official letter from the Provost:

Patricia White informed me a few weeks ago of her decision to step down as dean of the School of Law after serving 10 years in that capacity at Miami, and 10 years at the Sandra Day O’Connor College of Law at Arizona State University. Now that she has told her faculty and staff, I would like to share this news with the University community and thank Trish for her tireless work as dean of Miami Law.

As dean, Trish has deftly navigated the challenges facing law schools and higher education across the country. While her expertise is vast, throughout her career she has demonstrated a steadfast focus on four key areas: students, the transformation of legal education, the interdisciplinary role of law, and public service. These longstanding commitments are reflected in many of the innovative programs and accomplishments established during her time at our law school. This includes recruiting a new generation of excellent faculty and very fine students.

We anticipate that Trish will serve as Dean until June 2019 and will remain on the law faculty. We are beginning the search process for her successor. We have begun to solicit proposals from major search firms, will soon name members of the Search Committee, and feel that we are well positioned to launch a successful national search for the next leader of our law school. Details about the search committee will be released soon.

We are deeply grateful to Trish for her dedicated service to our students, our law school, and our University. Please join me in thanking her and wishing her well.

Jack Balkin is running blog posts summarizing contributions to this Friday’s Yale Workshop on “The Law and Policy of AI, Robotics & Telemedicine“.

One of my two summaries is online at Balkanization, Organizing the Federal Government’s Regulation of AI.  In it I argue that most issues relating to medical AI shouldn’t be regulated separately from AI in general; there are real issues of policy but they’re complicated.  A first step should be to set up a national think tank and coordination center in the White House that could advise both agencies and state and local governments.

Andrew Gillum Does the Daily Show

It’s a 30-minute talk, and as is so often the case, the ‘comedy’ interviewers do more substance than you get on news TV.

Sean Shaw Can Give a Great Speech

Sean Shaw is running for Attorney General of Florida.  I had the pleasure of hearing Sean Shaw give a terrific speech yesterday.

(Apologies to those who hate portrait-mode video.) 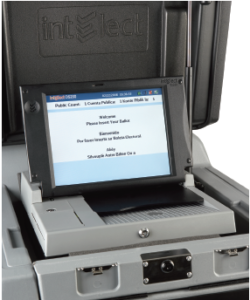 People usually have views on the top of the ticket, which this year ought to be seen as a referendum on Donald Trump; vote GOP if you like how he’s conducting his Presidency, vote straight Democratic if you do not.

It’s harder to get information about the electoral undercard. Here are some ballot suggestions, with voting line numbers, and links to posts explaining my reasons:

END_OF_DOCUMENT_TOKEN_TO_BE_REPLACED

There is one state Supreme Court Justice up for retention this year, Justice Alan Lawson.  Justice Lawson is, by any estimation, a very conservative jurist.  He achieved fame in 2012 when he dissented in a 5th DCA decision, later upheld by the Florida Supreme Court, that allowed a child to have two legally recognized mothers.

Lawson’s complaint was that decision was akin to eliminating laws “prohibiting same-sex marriage, bigamy, polygamy, or adult incestuous relationships.”  So, not my kind of guy.

Governor Rick Scott appointed Lawson to the Florida Supreme Court late in 2016, so he hasn’t been on the bench for long.  In that time, he has not done anything that would disqualify him for retention.  It may be tempting to some to say that with the Florida Supreme Court’s ideological balance at 4-3, a split likely to continue if Andrew Gillum is elected, this is the time to create a fourth opening.  I don’t think we should give into this temptation to further politicize the judiciary.

I have said since I started writing about elected judges that we should generally retain judges and Justices unless they demonstrate they don’t deserve it, and whether or not you agree with him ideologically, I don’t see how one could say Justice Lawson has come close to that line.   So I am voting to retain Justice Lawson.