I’ve long believed that neither Paul Ryan nor Mitch McConnell were quite nuts enough to fail to extend the debt ceiling. It’s not even mainly that McConnell at least likely understands how terrible it would be for the US to default on its obligations. No, it’s that failing to pass a debt ceiling increase would be political suicide for Republicans. Their major claim (however undeserved) to the public’s trust — that Republicans are the party of fiscal probity — would be exploded for a generation or more.

So I’ve been confident that if push came to shove McConnell runs something through by unanimous consent, or some other means. And I’ve been almost as confident that when Ryan finds he cannot tame the crazies in his own party, he accepts Democratic votes to get a majority. So while the debt ceiling vote is easily the biggest domestic political issue on the near-term horizon, and even today there is no obvious road from there to there (not to mention precious few legislative days when Congress is actually in session), I wasn’t worrying about it all that much.

Indeed, both Sen. McConnell and now Speaker Ryan have promised to get a bill out of Congress. 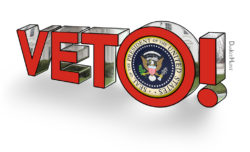 But now there’s a new wrinkle: suppose Congress passes an eleventh-hour bill and Trump vetoes it?  He hasn’t said he would in so many words, but the signs are there in his fued with McConnell; there may be no geological formation known as Trump Peak, but Trump pique could be a giant crater.

After all, Trump has tweeted that he wants the budget to be tied to funding for the Gran Muralla, and wouldn’t mind a government shutdown if he doesn’t get it.  In terms of really dumb ideas, t’s not that far to the debt ceiling. And Office of Management and Budget director, Mick Mulvaney originally argued that a US default was not such a big deal — although he’s now recanted and said he wants it raised too.

If there’s a veto, and I think at this point there’s really nothing we can’t put past the guy, we don’t just need a majority in both houses, we need a super-majority — and maybe in a hurry. Are the votes there?

Image by DonkeyHotey, subject to CC BY 2.0 license.

This Mystery Has Legs

I don’t know if I have ever linked to the National Review before, but this is at the very least high-quality tin-foil stuff, and may in fact raise some genuine questions: The Very Strange Indictment of Debbie Wasserman Schultz’s IT Scammer.

Previously: Chew on This.

I see this ad frequently in the Miami Herald too — oddly it’s often near the car ads; even stranger, the link takes you to an all-Spanish-language site. 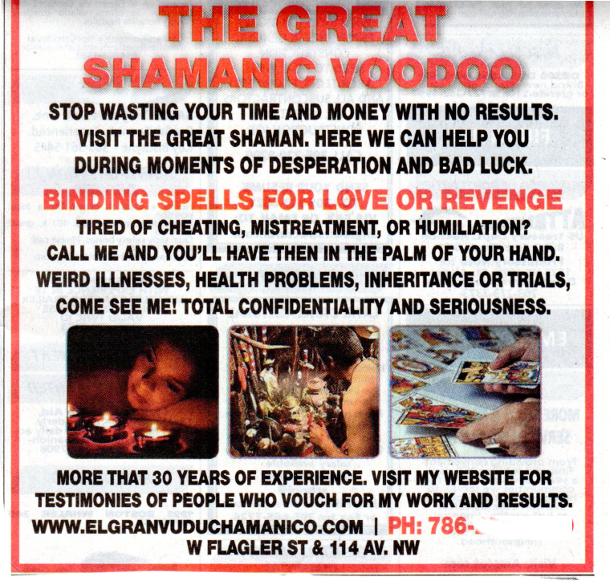 Haven’t been tempted to try it, though.

Life In South Florida (I)

Do you get one of these ads every day in your paper? 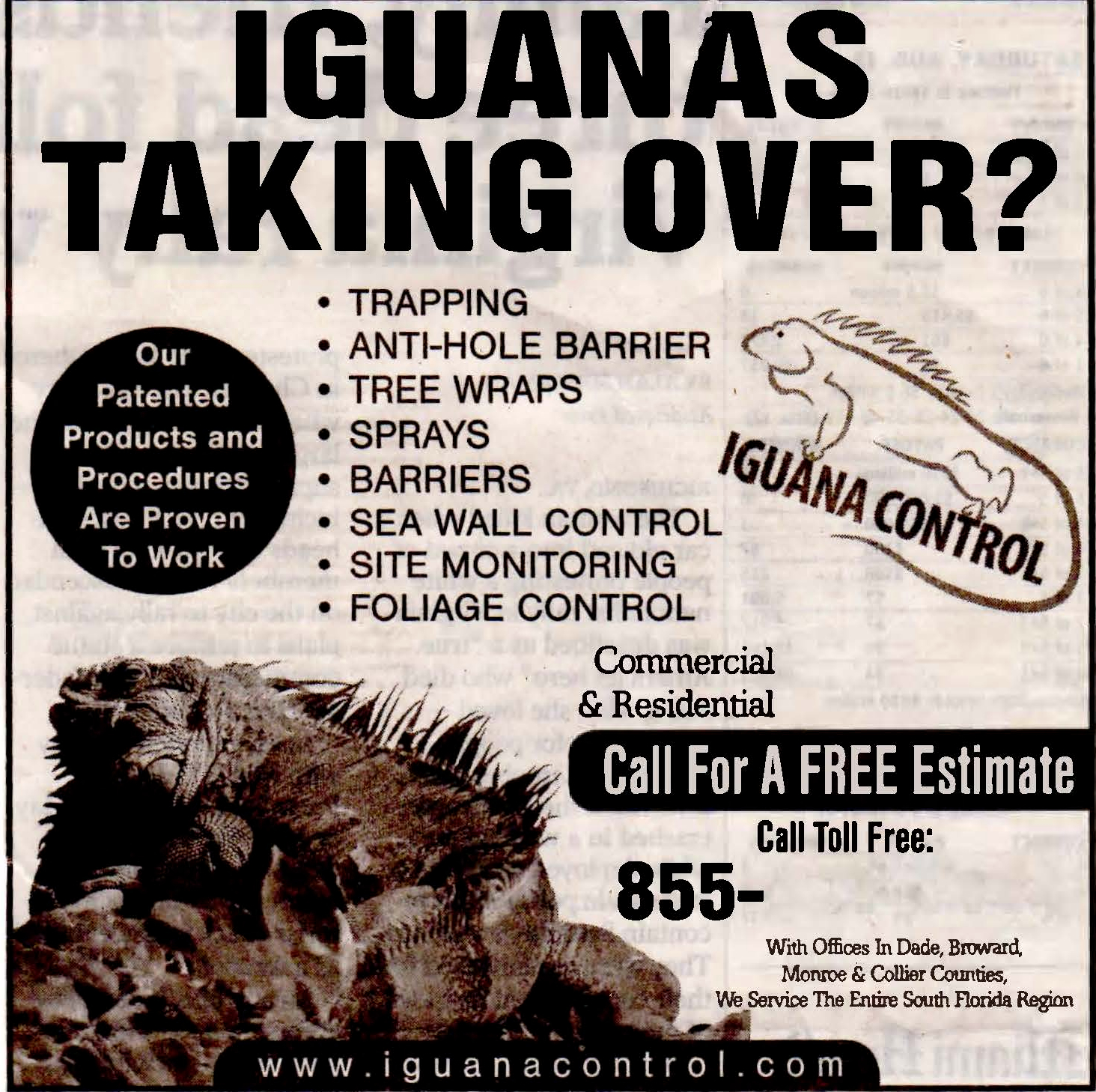 That’s How You Do It

As universities across the country prepare to welcome students for a new academic year, we are faced with an attack on our core values. The University of Miami rejects the use of fear and the incitement to violence, which promote hate and suppress diverse voices. We therefore condemn the tragic events in Charlottesville, which began on the campus of our sister institution, the University of Virginia. We stand in solidarity with its faculty, staff, and students, and with the people of Charlottesville. We express our deepest sympathy to the victims of the acts of violence that followed and their families.

While we defend freedom of speech and assembly, we denounce the rhetoric and actions of white supremacists and any other groups that promote exclusion, suppression, and intimidation of people who look, speak, or pray differently. History has shown us that it is only through respectful and constructive exchanges that societies can evolve and flourish. That is the core mission of the University of Miami, and we recommit to it at this challenging time.

Now, why was that so hard for the White House?

It pains me to blog anything that might be misunderstood as pro-Trump, especially in this moment of quite terrifying saber-rattling at North Korea, but I do feel compelled to note that Trump’s otherwise bizarre thank you note to his model (and perhaps master) Vladimir Putin (see Trump Praises Putin Instead of Critiquing Cuts to U.S. Embassy Staff) might in fact have, however accidentally, some connection to reality.

I was immediately reminded of Charlie Peters’s famous account 1982 of When Less is More:

I LIKE TO RECALL the time the Czechoslovak government got mad at our then-ambassador, Ellis O. Briggs, and ordered two-thirds of our embassy staff to return to the United States. Briggs found that the remaining third constituted the most efficient embassy he had ever known.

I had heard of a few similar cases: When Bill Keller and Ann Cooper compared the American embassies in Morocco and Mali for The Washington Monthly, they found the latter, at less than half the size of the former, more efficient. When the District of Columbia reduced its garbage collection crews from four men to three, the result was not less but greater productivity. Such examples are, however, difficult to uncover because they are not the sort of truth bureaucrats yearn for the public to know.

So I was delighted to hear recently that the Japanese Foreign Ministry, among the world’s most efficient, is exactly one-third the size of our State Department. Indeed, the entire Japanese government has but 506,000 employes. Thus a nation with a population half the size of ours manages to make do with a bureaucracy less than one-fifth our own.

There is a simple solution to the slot problem. It is consolidation of jobs. Combine the distribution director’s job, for example, with that of another employe who also really works only half-time. That way you still can eliminate one employe, but you’ll be doing it in a way that does not harm your organization.

When I was working at the Peace Crops in the mid-sixties, it became clear that the headquarters was succumbing to the usual Washington tendency toward overstaffing, and I was assigned to look into the problem. What I discovered was that for each of the 50 or so countries to which our volunteers were assigned, we had Washington officials who were called program officers, training officers and volunteer support officers. These people spent most of their day in meetings with or writing memos or talking on the phone to one another.

We could have saved the time involved in these communications and in the bureaucratic squabbling that accompanied them by turning the three jobs into one. My suggestion to do just that was opposed with considerable passion by almost everyone concerned. The argument was that each job involved a different kind of expertise. But the truth was that the necessary expertise, as in the case of so much administrative work, was acquired on the job.

Still, I lost the argument…

Don’t get me wrong, if I had to bet I would say Trump’s comment was motivated either by a businessman’s (and self-professed gamesmanship master’s) instinct to say that his rival’s effective counter-move in fact causes no pain, or maybe by a more generalized desire to make nice with Putin.  But facts are facts.

PS I am morally certain that the same bloat problem infects the modern university.

PPS It also reminds me of a great 1960s or 70s-era joke about the United Nations:

Supposedly the UN got concerned about all the American critiques of overmanning, so they hired management consultants to do a report about staffing needs in hopes of disproving them.  A team of consultants thus went floor-by-floor interviewing everyone at UN HQ about what they did, starting from the bottom and working their way up. When they got to the 30th floor, they found an office that was absolutely empty except for two suited employees sitting at two bare desks with nothing on the desks except phones.

“What are you doing?” one consultant asked they guy on the left.

“And what are you doing?” the consultant asked the guy on the right.

“Same as him,” replied the other.

The consultants duly noted “duplication of effort” in their report.