From the Miami Light Project:

Join us this Friday at The Light Box at Goldman Warehouse for a performative piece with Xavier Cortada that brings Americans together towards a common purpose to uphold our Constitution! 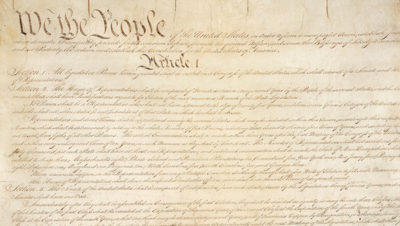 with the participation of
Marcos Daniel Jimenez
Former U.S. Attorney for the Southern District of Florida

“Oath” is a performative piece that brings citizens together towards a common purpose: to uphold our Constitution. As part of Cortada’s performance, Mr. Jimenez will administer this Oath to all those present at noon (the exact time that the President-Elect takes office):

“I do solemnly swear (or affirm) that I will faithfully execute my role as Citizen of The United States, and will to the best of my ability, preserve, protect and defend the Constitution of the United States.”

Reading of the US Constitution:

Between 11:00 am and 3:00 pm, individuals will gather to simultaneously read the United States Constitution out loud in English, in Spanish, and in Haitian Creole.

“Oath” serves to launch Culture of Resistance, a 48-month, socially-engaged performance project by Xavier Cortada  based at Miami Light Project.

Unfortunately, I can’t go, but I like the concept.

This entry was posted in Kultcha, Trump. Bookmark the permalink.