The New Tilt Against China

Surely someone has noted by now that the first corollary of a putative Trump tilt towards Putin’s Russia is a tilt against China?  For just as Kissinger and Nixon opened relations with China as a counterweight to the USSR, so today is a tilt towards Russia a way to push against China.  In that context SecState nominee Rex Tillerson’s scary and bellicose words about denying China access to the islands it has built up in the South China Sea not only have a simple logic, they seem almost predictable.

If Vietnam gets a kind word, we’ll know for sure this is the strategy.

It is both crazy and not.  The South China sea situation is perhaps the nastiest and likeliest to blow flashpoint in the US political-diplomatic landscape, with only the perennial middle east giving it competition.  Yes, even Pakistan and North Korea are less scary right now.   So if you think think China is problem #1 — ie that Putin will be satisfied with Crimea, or in any case can be deterred from Poland and the Baltic states, then allying with Russia to leash China might seem to make crude sense.  Doubly so if you are thinking 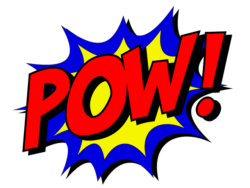 If, that is, you are trigger happy.

Time to ratchet up the worry meter to ….