I live in a place where 51.7% of the population was born in another country. But I know that is not typical. I had in fact vaguely imagined that in much of the rest of the US the overall fraction of the population that was was foreign-born was shrinking. According to this interesting chart (p.3 of the presentation), that seems not to be the case. 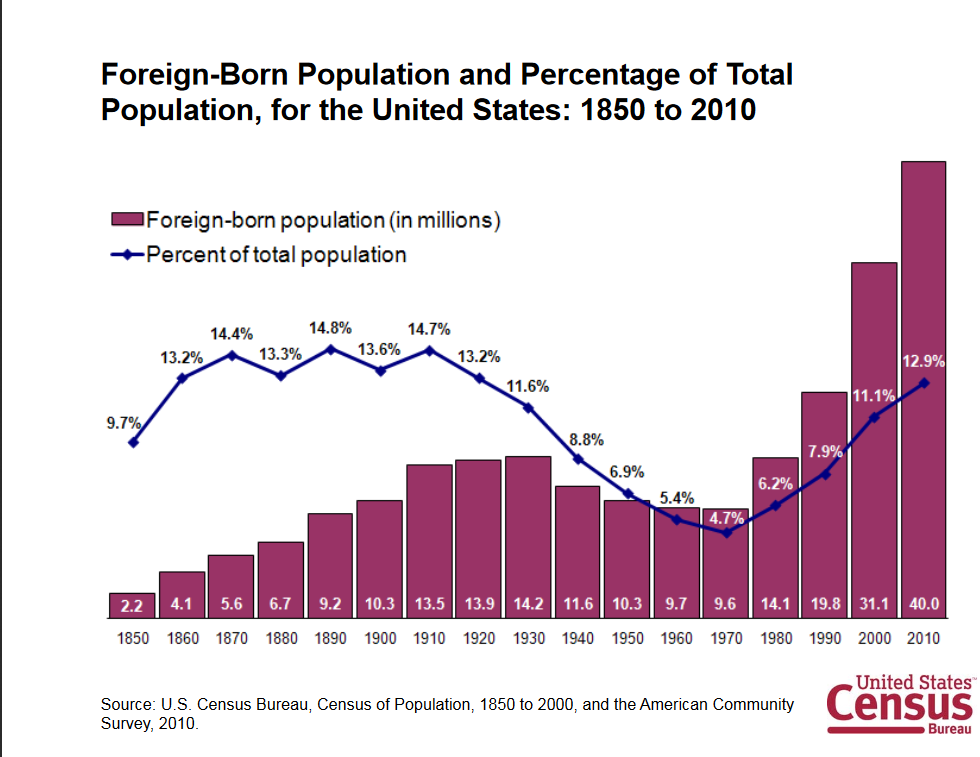 It seems I vastly over-estimated the immigrant population in the 60s and 70s — perhaps because everyone my grandmother knew in New York seemed to have been born abroad. Indeed, if one assumes that the charted trends depicted above continued for six more years to 2016, then for the bulk of the population alive today the percentage of immigrants around them is at a lifetime high, even if it has not yet reached its late 19th century/early 20th century modern peak.

Being first generation, and generally pro-immigration, I’m more than fine with this, but it does perhaps help explain why anti-immigration policies have had some traction — just like they did in the 1920s. Last time around that animus led to the Immigration Act of 1924, setting up strict quotas on immigrants, and basically barring Asians.  (In addition to its many many other defects, that statute, as amended, would later come to bite my father when he sought to regularize his visa status in the wake of the Chinese Revolution and his loss of a student visa caused by successfully defending a PhD.)

This entry was posted in Immigration. Bookmark the permalink.