Even Gonzo Lite is rare nowadays, so enjoy The Barrett Brown Review of Arts and Letters and Prison, courtesy of The Intercept. 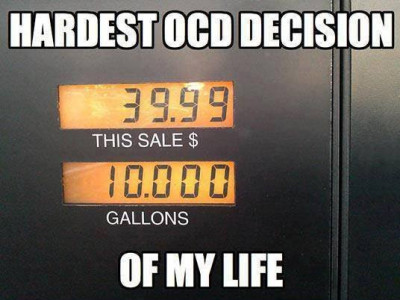 Euro Crisis: The Greek Deal Is a Disaster for Greece, and Maybe for Europe:

On Monday, there was yet another deal. But this time it is one that pushes Greece into the abyss, even if financial markets don’t acknowledge it just yet and even if what happens next is deeply uncertain.

…Just a week ago, its voters overwhelmingly rejected a bailout offer that was less punitive than the one its leaders just accepted.

Yet the deal that Greek leaders and their creditors reached Monday morning after a brutal series of overnight talks promise to deepen political and economic strains in a country already in depression.

And this, oh yes this:

France “won” in the sense that the unraveling of the eurozone did not happen on July 13, 2015. But it came at the cost of policies that make it less likely that will be the case one, six, or 12 months from now.

If this counts as a victory for the European project, it is hard to imagine what a defeat would look like.

Why are the financial markets up on this? Gangrene is better than amputation? Why should the stock markets be happy that bond vultures were (temporarily) saved at the expense of the real economy?

The Bonds of July

The sources of the Europe/Greek disaster are plain, and quickly seen in these two short posts:

Kevin Drum, Europe’s Message to Greece: Don’t Let the Door Hit You On Your Way Out, summarizes just how much Germany et al have demanded of Greece, including this excellent quote from that bastion of anarcho-liberalism, the Wall Street Journal:

Sunday’s statement on Greece by eurozone finance ministers will go down as one of the most brutal diplomatic démarches in the history of the European Union, a bloc built to foster peace and harmony that is now publicly threatening one of its own with ruination unless it surrenders.

….The other 18 euro members were late Sunday pushing Greece to implement all of the austerity measures and broader economic overhauls its voters have twice rejected—in elections in January and in a referendum on July 5—not in return for new rescue loans, but as a precondition for even talking about them.

Not that there isn’t plenty of blame to go round to the Greek side also, as Yves Smith reminds us in “Greece Brought a Latte to a Gunfight”:

Yanis appears to have assumed that he could grasp the European light on the hill and persuade with elegant reason all of Europe to embrace enlightened super-national consciousness. He’s been genteelly sipping lattes at a gunfight and by doing so has played right into realist German hands by destroying his country’s economy as an example to all other European ‘dead beats’.

There is nothing new here. Yanis has simply been outplayed. When it was elected, Syriza either had to sign up to new terms of austerity or immediately leave the euro. It’s stylish five month congress with Europe has ruined its economy to no purpose of its own given it will either now buckle under to even deeper austerity or will still be forced out of the euro, taking its economy from wrecked to destroyed.

As for me, either Europe will provide subsidies under the table and quickly (unlikely!) or I still say that Grexit is coming.

Versailles Without the War

Dr Johannes Bell signs the Treaty of Versailles in the Hall of Mirrors, with the various Allied delegations sitting and standing in front of him. (Wikimedia)The Greek deal is a vicious blunder. Yves Smith:

The cost of Greece avoiding a Grexit is submitting to becoming an economic serf of the Eurozone, subject to even more draconian austerity than was ever on the table before. … The Greek government still has to pass four bills by the 15th and another two by the 22nd to comply. It’s not clear that that will take place.

…. This deal is simply vicious. This is far and away the most one-sided agreement I’ve ever seen, by an insanely large margin. Even the language is shamelessly punitive. For instance, the document repeatedly mentions that all the previous terms under consideration will need to be made vastly more stringent in light of the deterioration of the economy and how the Greek government needs to prostrate itself to gain the trust of the creditors.

This deal appears to be designed to prolong long-term pain without doing much for the short-term. It’s a dagger in the guts of Europe. What a tragedy.

Not even a token haircut for the creidtors: bonds win, everyone else, including the non-Greek members of the EU (not least Germany) loses. Only problem is that the Germans don’t seem to see what this will cost them politically in the long run. #ThisIsACoup indeed.

Watching this train wreck happen for the last month(s) has been the closest thing in my life to what I imagine it must have felt like to follow the developments leading up to the start of World War I: inexorable stupidity meeting inflexible rigidity, all in fairly slow motion. And of course it’s not close to over.