Somehow it seems fitting that it should be the USS Miami nuclear attack submarine that got scrapped yesterday because, well, a shipyard employee trying to get out of work set it on fire, causing $700 million in damage.

Click above for a larger image. Key facts are that it’s Monday March 31st, 12:30-1:50pm in the SAC-Law School Multipurpose room. And they’ll feed you lunch! 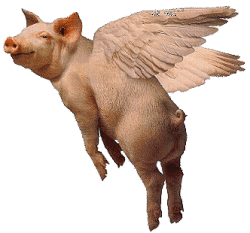 This doesn’t happen very often — well, ever, actually — a staff writer on the Wall Street Journal Editorial page just quoted favorably from one of my articles.

Lest the quote make me sound like more of a jingo than I actually am, let me explain the context. The US Department of Commerce (DoC) has been gradually extricating itself from management of the Internet domain name system (DNS). Until a few weeks ago, the major recent step in that distancing process was the so-called “Affirmation of Commitments” between the DoC and the Internet Corporation for Assigned Names and Numbers (ICANN) which I wrote about in Almost Free: An Analysis of ICANN’s ‘Affirmation of Commitments’, 9 J. Telecom. & High Tech. Law 187 (2011). That paper updated my original ICANN paper, Wrong Turn in Cyberspace: Using ICANN to Route Around the APA and the Constitution, 50 DUKE L.J. 17 (2000), in which I explained the complicated web of relationships between DoC, ICANN, and other major players.

But ten days ago, everything changed again — sort of. In response to international political pressure that intensified after the Snowden revelations, the DoC announced that it planned to let go of its major remaining lever over ICANN, control of the so-called IANA function, as soon as the international community could craft a suitable transition plan. ICANN of course rushed to suggest that the transition should be to ICANN, but DoC (via the NTIA) has quite properly suggested that this isn’t quite what it had in mind.

Governments around the world are thought to prefer a system like the ITU or the UN (although not those bodies themselves) which are primarily controlled by governments on a one-sovereignty, one-vote system. And now we come to the part of this which I oppose. As accurately quoted by the WSJ, I believe it would be a mistake to give despots a say over the communications of democracies. Thus a fully world-wide international body dominated by governments seems like the wrong tool to me. It could be international but non-governmental. It could be run by a committee of democracies. We could give the whole thing to Canada (my favorite, but alas unlikely solution). Fortunately the US government has clarified its original remarks by saying it isn’t signing a blank check, and there are also ambiguities in what exactly got promised. So everything remains to be decided. But there are many interest groups that want this to happen as quickly as possible — before the US changes its mind, and before opposition groups wanting structural separation from ICANN or more accountability get organized. So we could be in for a wild ride. 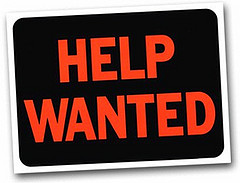 Jotwell, the online journal of reviews of recent faculty scholarship relating to the law, needs a Student Summer Editor. The student editor supports faculty editors both at UM and elsewhere, and has a role that is a blend of a substantive editor and a managing editor.

The ideal candidate will be a current University of Miami School of Law 1L or 2L who is organized, a careful editor, and enjoys reading legal scholarship. Grades matter for this job, but a demonstrated ability to write and edit may substitute for grades up to a point. The job would start as soon as you are available after your Spring ’14 final exams and run to mid-August; there would be no problem if you wanted to take one or more vacation periods during that time, as long as none of them was for a long continuous period.

The workload typically runs 30 hours per week, and is paid at the law school’s research assistant scale, which in most cases is $13/hr. Jotwell uses WordPress to publish, but it is easy to learn, so no experience needed.

If you are interested, please email your c.v. (aka “your résumé”) and a copy (unofficial is fine) of your transcript to michael.froomkin@gmail.com. Please put “JOTWELL 2014” and your name in the subject line. If you have a non-legal writing sample please include that also.

Some preference may be given to applicants who indicate that they also would be willing to continue as a part of the team of Student Editors during the 2014-2015 school year, a job that typically takes 7-10 hours per week.

Not the Classless Society

The government of Vietnam is controlled by the Communist Party of Vietnam.

Strange, therefore, to read that Vietnam Airlines, the flag carrier, wholly owned by the government of Vietnam, has a business class featuring better seats and food, a private lounge, and a private bus to take you to the plane.

I suppose one could spin this so many different way: VietNam was never really communist it was anti-colonialsist; communism is a failed strategy, here’s the proof; socialism, ditto; fill-in-the-blank has never been tried; virus theory of capitalism; there were always classes under Communism now it’s more open; and doubtless more.

Class Warfare at the Coffee Shop

Inside The Barista Class. It’s about power,

After a while, the process of dealing with the clientele itself can conform to a similar—albeit slightly more nuanced—math. Somewhere around the hundredth order, the expectations underneath each inflection become easier to decode, like you’ve developed a sixth sense. Often it was simply detecting how much overt power a customer wished to exercise. By far the simplest to please are, unfortunately, the most cliche: the older, better-dressed, and very likely monied ones. They want substitutions and customized drinks, and from their servers, only hyper-polite deference. For a woman, men over a certain age are easy, most of the time—there is but only one marginally flirtatious smile, and all it requires is a twist of the mouth.

And don’t forget the alienation:

I once had a friend who quit his job as a bike messenger because, as he told it, people on the street started to resemble nothing more than obstacles in the way of his next commission. If delivery work makes all humans into roadblocks, front-of-the-house service professions render them as a collection of preferences and tastes and, as both Pierre Bourdieu and latte orders have taught me, taste is almost never singular. Luckily there really aren’t that many kinds of people buying $5 coffees in Brooklyn, and thus there are a limited number of ways in which it becomes necessary to communicate, particularly once you figure out which parts of yourself are most in demand.

My kind of service work is not the kind of service work that puts you in the back room washing dishes for 12-hour shifts for dollars because you are considered completely expendable. But my kind of service work is part of the same logic that indiscriminately razes neighborhoods. It outsources the emotional and practical needs of the oft-fetishized, urban-renewing “creative” workforce to a downwardly mobile middle class, reducing workers’ personality traits and educations to a series of plot points intended to telegraph a zombified bohemianism for the benefit of the rich.

Always lurking is the reserve army of the un- and under-employed,

The national unemployment rate was hovering close to ten percent while I was in school, and if I ever doubted how lucky I was, I had only to look around my own place of employment. The shop was perpetually full of people glaring at their laptops. Some endlessly scrolled through the universal yet private hell of Craigslist job postings. Others hammered away manically, picking away at their corner of the gig economy, that handily shortened name for what had once been termed the Industrial Revolution of our time. It had been estimated, around 2010, that there were a million freelancers in New York. I only knew one or two who were making it work—for everyone else, working for yourself just meant begging for projects while you looked for a job. I was lucky.

As of 2012, one in ten employed Americans worked in food service. Two-thirds of them are under 35. The average hourly wage for a food service worker, according to the Department of Labor, is around $12, with a work week less than 25 hours long. It comes out to a little more than $14,000 a year. These are jobs without benefits or much potential for upward mobility, jobs where the idea of a sick day is laughable. Almost 60% of new jobs are of the low-wage, high-turnover variety; food service ranks in the top five of industries with job growth; the others are mostly in healthcare.

There is a small amount of class solidarity,

For all of North Brooklyn’s book groups and websites and meet-ups dedicated to alternative monetary systems, the solidarity economy is, for the time being, at its best in the service sector. I can barely remember paying full price for anything. Checks for Negronis, artisanal spicy pickles, hand-roasted coffee beans, and sometimes entire locally sourced meals disappeared with a wink and a nudge reminiscent of Fight Club’s ominous waiter scene. At the very least, it allowed us to participate in a culture we couldn’t really afford. At its vilest it felt like a neighborhood of people working for slightly more than minimum wage in exchange for a chance to play-act at brunching in a nice neighborhood.

Rarely spoken aloud, the tendency of Greenpoint’s service class to take care of its own was one of the only outright gestures of solidarity I witnessed, the only place where a distinction was made between the server and the served. I suspect the rarity of that admission has something to do with the fact that, for most intents and purposes, our jobs relied on completely erasing that distinction from public view.

But if you’re not one of them, you better be a good customer, or you will get it:

If a customer was particularly bad we exercised one of the only powers we possessed and “decafed” them. To covertly rob a caffeine-addicted asshole of their morning jolt was truly one of the sweetest pleasures of baristahood, and one that my subsequent professions haven’t come close to replicating.