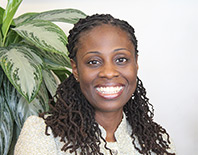 Congrats to my colleague Osamudia James who recently won the Derrick A. Bell, Jr. Award:

Professor Osamudia James was named a co-recipient of the 2014 Derrick A. Bell, Jr. Award. Awarded annually by the American Association of Law Schools Minority Groups Section, the Derrick A. Bell, Jr. Award recognizes a junior faculty member who, through activism, mentoring, colleagueship, teaching, and scholarship, has made an extraordinary contribution to legal education, the legal system, or social justice. The Award is named in honor of Professor Bell, who was the first tenured African American Law Professor at Harvard Law and a co-founder of Critical Race Theory.

James writes and teaches in the areas of Education Law, Race and the Law, Administrative Law, and Torts. Some of her more recent work includes “White Like Me: The Diversity Rationale’s Negative Impact on White Identity Formation,” which will be published in the New York University Law Review; “Opt-Out Education: School Choice as Racial Subordination,” to be published in the Iowa Law Review; “Predatory Ed: The Conflict Between Public Good and For-Profit Higher Education;” and “Dog Wags Tail: The Continuing Viability of Minority-Targeted Aid in Higher Education.”

James shared the award with Stephen Lee, University of California Irvine School of Law. Past winners of the Derrick A. Bell, Jr. Award include Professor Mario Barnes, who won in 2008 while a professor at Miami Law.