Posted on September 8, 2012 by Michael Froomkin 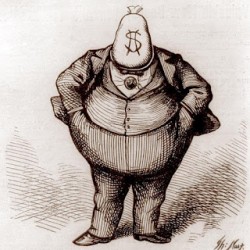 The biggest local scandal of the week isn’t that a key witness in the latest David Rivera corruption case has vanished — shortly after being seen speaking with Congressman Rivera himself. That’s a doozy, but, no, the biggest scandal is a ballsy ripoff of insurance premiums paid in by Florida homeowners to state-sponsored home-insurer-of-last-resort Citizens Insurance Co. that is to be repurposed for the benefit of Republican crony capitalists.

Yes, while the Miami Herald front page was trumpeting the putative end of a relatively trivial abuse — top officials at Citizens Insurance were treating the travel budget as an unlimited personal extravagance fund — the real ripoff, one more than a thousand orders of magnitude larger, was being reported inside the paper.

A little background before the, ahem, money quote. Private insurance companies with actual capital, the ones that advertise on TV (Allstate, GEICO), won’t write homeowners insurance in much of Florida because they are too afraid they might have to pay out if a hurricane struck. To fill this void, the state of Florida created a back-up insurance company called Citizens. Citizens is far from perfect: it started out vastly undercaptialized, its customer service is lousy, and its rates are have always been high. But despite all these, it represents a deadly threat to the Republican world view because it is an example of government stepping in and solving a problem.

In the past few years the Citizens management, appointed by Republican Governors, has followed the following strategies:

It so happens, however, that the weather has been kind. And thanks to its ferocious rate increases, Citizens faced the terrible prospect of solvency this year. Having said for many years that it would need at least $6 billion in reserves to deal with an Andrew-sized disaster, Citizens reached that goal. Only someone who did not understand the Florida GOP would think that Citizens would react by cutting prices, or at least halt price increases. No, rather than congratulate themselves on their fiscal prudence, the Citizens board decided it would raid the piggy bank — or rather, hand over parts of it in gifts to its well-connected friends.

Here’s the money quote I promised you:

Citizens would take capital from its record $6.2 billion reserves and lend it — under favorable terms — to private insurers who agree to take over policies and keep them for 10 years.

The 20-year loans require interest-only payments during the first three years and are forgivable, in part, if hurricanes hit the state. Citizens acknowledges that the interest rate of about 1.6 percent “does not approximate the true market rate” for similar loans and that Citizens could be left unpaid if an insurer goes belly up after receiving a loan.

Critics, including several state lawmakers, called it a “sweetheart deal” for insurance companies and “corporate welfare” funded by the premiums collected from Citizens’ customers over the past several years. With no hurricanes hitting the state since 2005, Citizens has saved up a massive treasure chest of $6.2 billion, money that private insurers find attractive.

“I sat here and listened to the board today give out one of the biggest bailouts. Corporate welfare, I call it,” fumed Sen. Mike Fasano (R-New Port Richey), blasting Citizens for quickly approving the controversial plan without legislative input.

The plan, which was unveiled to the public on Thursday, was approved by the board on Friday in a unanimous vote.

Got that? Loan the money at below-market rates to unercapitalized private insurers on the grounds that by taking over some Citizens policies they reduce Citizens’s risk. But if in fact the private companies have to pay out — the risk that Citizen is supposedly reducing — then they can keep the money! So Citizens’s risk isn’t reduced at all…or at least not very much (depending on the details). This is not only immoral, but a vast dereliction of the fiduciary duty to the state and to the insured. But that’s business in Tallahassee. I bet we’ll see some of these new insurance company moguls on TV explaining how they built their own businesses, and complaining about how hard taxes make it for them to be entrepreneurial.

And let’s not forget this bit from the other day:

The proposal mirrors one presented in July by a lobbyist for Tower Hill Insurance, which currently insures more than 300,000 policies in Florida. Tower Hill and another insurer that lobbied for the program have already indicated that they would take over more than 180,000 policies if Citizens provides a multimillion-dollar incentive.

Tower Hill and other insurers interested in receiving a low-interest loan funded by Citizens’ surplus have committed to raising rates no more than 10 percent per year during the loan’s interest-only first three years. After that, rates could go up further.

“The insurance companies have hit the lottery,” said Rep. Frank Artiles, R-Miami. “They get no competition, they circumvent the Legislature and they get exactly what they want. “This is a classic Tallahassee get-rich-scheme that has bitten us in the butt before.”

Artiles contended that the program’s eligibility rules were written in ways that exclude all but a few privileged insurers, which are represented by Florida lobbyists.

But of course. No wonder the public got one day’s notice of the plan before it was rushed through.

This entry was posted in Econ & Money, Florida, Politics: The Party of Sleaze. Bookmark the permalink.