The Rest of the World is Enjoying the US Downgrade

Posted on August 6, 2011 by Michael Froomkin

Whatever the merits of the downgrade, I think there’s some schadenfreude out there, more than may be visible to people in the US. I happen to be abroad this week, and I was struck by how differently web pages are playing the story in and out of the US. Here’s a particularly striking example from the front page of the (US-owned!) Huffington Post’s regional editions: 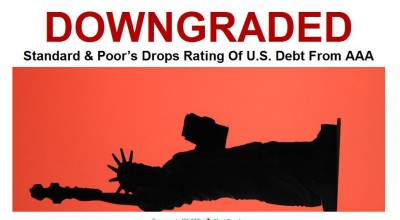 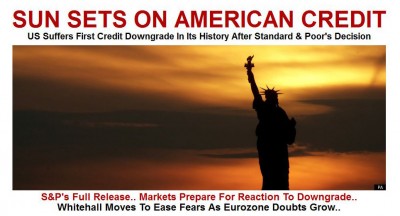 Compare these to the patriotic, we-knew-it-was-coming US version: 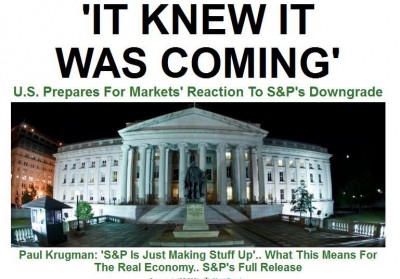 FWIW, on the economic fundamentals, I don’t see much justification for the downgrade given the Full Faith and Credit Clause.

Standard & Poors is in any case in a funny position, given its lousy track record, the various politically-motivated threats they have been issuing all week, the company’s strategic need to discourage the US from regulating it in light of the ratings’ agencies failures to foresee in the mortgage-back security crisis, and the possibility of something even more nefarious, and the large number of other countries with AAA ratings. On the other hand, if we were grading countries for the intelligence of their political class.

This entry was posted in Econ & Money, Politics: International. Bookmark the permalink.