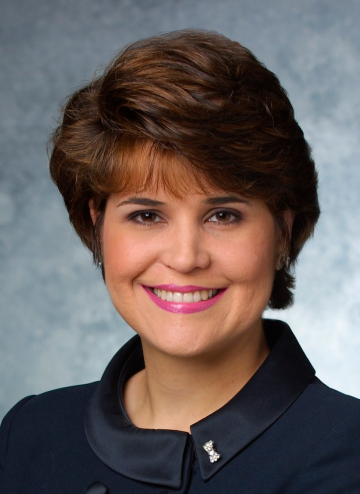 The Taddeo for Congress (Florida's 18th District) campaign had a party yesterday evening to celebrate the opening of its new headquarters and I went along to see … partly because they invited local bloggers, partly from nostalgia — back in the day I worked on three different Congressional campaigns, topping out as the press secretary for one in Northern Virginia.

It was a good event, and marks a hopeful start for what must be, despite everything going for it, an uphill campaign. The Taddeo for Congress office is located at 11509 S. Dixie Highway, in the Suniland Shopping Center. It's not visible from the street as it is tucked behind a giant Starbucks. (Back in the day, you sited your campaign HQ near donuts so you could feed the volunteers. Now I guess they buy their own lattes.) The offices occupy a space bifurcated by the pleasant pedestrian alley that runs down the side of the Starbucks. They've set up one side for volunteers, and the other side is for the staff offices. (The volunteer side used to be occupied by my favorite local computer repair shop, Get Your PC Back, which has moved inconveniently further south.)

So far there are six paid staff members on the Taddeo campaign: Anastasia Apa, the campaign manager, who I gather grew up in the area and has done political work in Florida and elsewhere; Ross Cohen, the Deputy Campaign Manger, a recent veteran of Afghanistan but still very young-looking, two finance people who seemed on the ball, a PA for the candidate, and Mario, the first campaign intern. They've also got some energized volunteers, including one formidable young lady who Taddeo in her speech recognized as being almost full time and who indeed had an admirably proprietorial air towards the HQ.

I saw a lot of good things: the crowd was enthused, the Herald and one TV station showed up, the candidate did well (more on this below), the offices seem usable, and the location is as good as anything for this unbelievably spread out gerrymander of a district that runs from the southernmost tip of the Florida Keys, up through Homestead, a bit of Kendall, some Pinecrest, grabs my neighborhood near the University of Miami, keeps running north to hit some of the more traditional Cuban blocks to north of the Tamiami Trail, and then zooms east to include some of Miami Beach.

I also saw some signs of an office that is still teething: they have stickers but not buttons or yard signs (I want a yard sign!) and they don't have a press person, so the TV camera filmed the candidate against a blank background instead of one with a flag and/or a big campaign sign. (And all you find under the “issues” tab on their web page is “coming soon” — couldn't we have at least a set of bullet points? I'll even offer to write them.)

The race has to be the most uphill of the three South Florida Congressional races in which serious Democratic challengers are taking on Republican incumbents. Joe Garcia — who turned up to lend his support — has the most national glitz, and maybe the best chance of the three given the limited popularity of his opponent in FL-25. Raul Martinez (FL-21) has his machine. What does the Annette Taddeo campaign have? It's got the American Dream, the idea that there comes a time when regular folks stand up and run for Congress because the nation is running in the wrong direction. And it has a photogenic candidate with a great personal story.

Taddeo's speech was pretty good, and perhaps more affecting for seeming a little unscripted. It started strange to my campaign-practiced ear — rather than launching right in, Taddeo sounded almost tentative at first, saying that the decision to run had not been easy. She had wondered about whether “to go against someone who has, in some cases, done a good job”. (What's this, praising the arch-villain?) But, Taddeo said, “I saw some things that were just not going in the right direction.” As a businesswoman, she became concerned about the economy; and then there was the war — and here's where Taddeo energized the crowd. Ros-Lehtinen, she said sadly, supported the war every step of the way. Then, her voice emotional rather than angry, Taddeo said “we need to get out of Iraq and get our soldiers out of Iraq.” The crowd clapped loudly.

Any Democrat running against a die-hard Bush supporter like Ros-Lehtinen can expect to be pilloried by the right wing for urging a pullout. But Taddeo has a pretty good comeback: her late father, she said, fought in WW2 and Korea. “I recall how angry and upset” he was about the war and about the use of WMDs as an excuse for the invasion. “I'm sure he would be proud of me now” for stepping up to oppose this war. “I know he is watching me.”

Anyone who tries to wrap themselves in the flag against this woman will have to contend with her father's approval beaming down from Heaven. It could work.

Sounding angry for the first time, Taddeo said that the thing that ultimately convinced her it was her turn to try to give something back to the country was “when my opponent voted against children.” (Note to the campaign: this is a good line. Use it often. Find a half dozen other sound bites like it.) This third issue is — or should be — a major one for this district which, while it has a few rich neighborhoods also has more poor ones. Ros-Lehtinen voted again and again against SCHIP. How can we spend $250 million a day for the war and not provide health care for poor children, Taddeo asked. How can a rich country like ours put parents to the choice of paying the rent or buying medicine, or paying for their child's hospital bill.

Here again, Taddeo had a good personal story: she was born with a cleft palate. Her parents cared for her; and she can feel what it must be like for a parent to not be able to help a child. (It didn't hurt that a very pretty little girl of two or three, who I took to be Taddeo's daughter, had been upstaging the candidate earlier as she chatted with attendees.)

Then we got the pitch. And while this candidate may be a beginner, she's got that part down very well. The current gimmick is to ask 209 people to give $20.09 — to show that people who can't afford more still care about the campaign for the country's future. And, of course, those who could Contribute $2009 or even to max out were encouraged to do that too.

Joe Garcia said something about how he envied the nice offices, and Taddeo shot back, “That's what happens when you put a businesswoman in charge!” It was nice to see a hint of steel. Dave Patlak, who ran in 2006, was there (sporting an Obama pin), and he led the crowd in chants of “Taddeo Today, Taddeo Tomorrow” which got a laugh at first, then had everyone joining in.

The Taddeo campaign officially kicked off on February 26th, and in less than five weeks it took in more than $325,000 — although looking at the numbers, I have to think that a serious chunk of that came from the candidate herself rather than donations. For comparison, Raul Martinez , who got an earlier start, raised $615,000; Joe Garcia raised about a third of a million from donations.)

Unfortunately, at the close of the most recent reporting period, Ros-Lehtinen reported $1.72 million cash on hand after raising $880,000 since the last election. That's a cash mountain. Make her spend it all, Annette!

The 18th is reputed to be a safe seat for the GOP; it was certainly drawn that way. But is it really so safe any more? Our district has changed in the last decade. The Cuban vote is not monolithic, generationally or attitudinally. My Cuban neighbors hate the war. Ros-Lehtinen has an opponent who is articulate, passionate without being hostile, Hispanic, female, and raised six figures in four weeks. Uphill, yes, but a real contest to look forward to.