Chris Dodd’s Filibuster for the Constitution

Posted on December 17, 2007 by Michael Froomkin 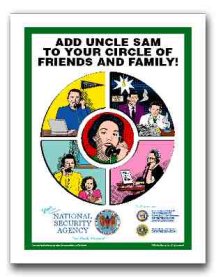 It's pretty sad that the nominally Democratic Senate leadership has

I would have hoped that some other Senators would share Dodd's conviction that this issue is worth going to the mat on — one Senator can't keep up a filibuster forever. Three can. Where are the others on this issue?

Thank you Senator Dodd for picking this issue and taking it seriously. (This is Dodd's first filibuster in a 27-year career).

This entry was posted in Civil Liberties. Bookmark the permalink.

1 Response to Chris Dodd’s Filibuster for the Constitution