If It’s a Commie Plot, Why Aren’t ‘Patriots’ More Into Fighting It?

Posted on September 19, 2021 by Michael Froomkin 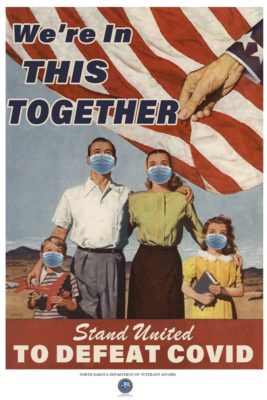 Doug Holland’s comment on the previous post sparks an interesting question I have not seen raised elsewhere.

Holland writes, in the context of vaccine resistors,

The whole endless show is an invitation to the Russkies or Chinese. If they ever have an urge to attack, like we’ve been told for decades they’re itching to, they should use a biological agent against Americans. Even if there’s an easy way to prevent the infection, millions and millions of us are so stupid we’ll refuse it.

Which makes me wonder: I would imagine that many of the same people who object to COVID vaccinations also think COVID was released from a Chinese lab. Thus, the “China virus”.

But if you really thought that COVID was a Chinese plot, why wouldn’t you, as a patriotic, red-blooded, American, want to be first in line to defang that plot? Even if it meant wearing masks everywhere and taking a supposedly ‘untested’ vaccine [corrected] with various mysterious risks that you heard might have felled someone’s cousin’s friend?

Indeed, neither vaccination nor mask-wearing has been sold much as a patriotic activity. Why is that?

This entry was posted in COVID-19, Politics: US: Healthcare. Bookmark the permalink.

4 Responses to If It’s a Commie Plot, Why Aren’t ‘Patriots’ More Into Fighting It?