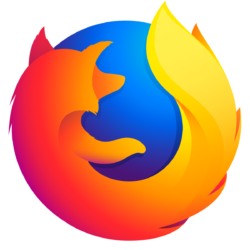 Late yesterday something happened to Firefox that disabled almost all extensions. According to Mozilla, it was something about the certificate they used to sign extensions, they know about it and are fixing it:

Late on Friday May 3rd, we became aware of an issue with Firefox that prevented existing and new add-ons from running or being installed. We are very sorry for the inconvenience caused to people who use Firefox.

Our team has identified and rolled-out a fix for all Firefox Desktop users on Release, Beta and Nightly. The fix will be automatically applied in the background within the next few hours. No active steps need to be taken to make add-ons work again. In particular, please do not delete and/or re-install any add-ons as an attempt to fix the issue. Deleting an add-on removes any data associated with it, where disabling and re-enabling does not.

Please note: The fix does not apply to Firefox ESR or Firefox for Android. We’re working on releasing a fix for both, and will provide updates here and on social media.

They also describe a way to get the fix faster, but I tried it and it has yet to work for me….

This entry was posted in Software. Bookmark the permalink.