I’m at the University of Florida Levin College of Law 2019 Technology, Media & Privacy Law (TMPL) Conference. One of the speakers, Michael Braga, pointed us to a series of articles on racial bias in judical sentencing in Florida (TL/DR: there’s a lot of it).

I found one of the articles online which included this arresting chart: 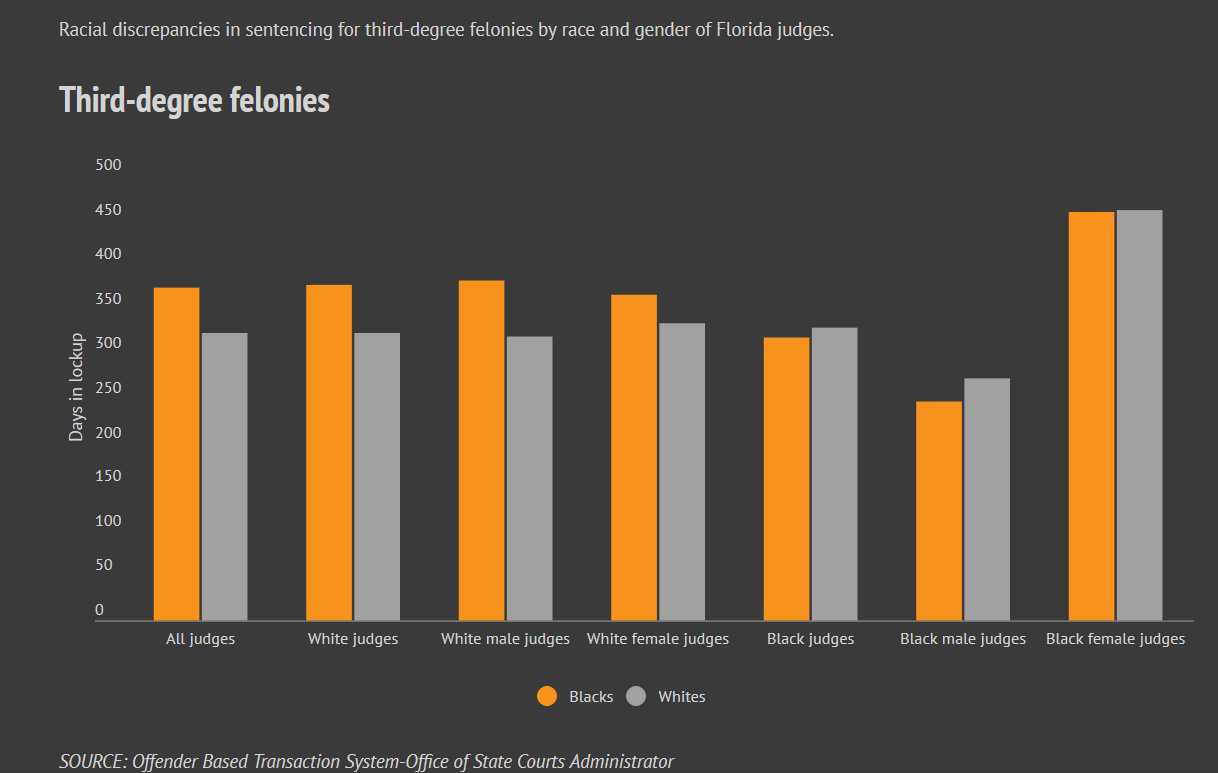 Orange bars are length of sentences given to blacks, grey to whites.  The first column is all Florida judges.  Each subsequent column is some subgroup of judges, either all whites/all blacks, male whites/blacks.  The last column on the right–the only group that sentences both groups equally–is female black judges. Does this mean we should prioritize appointing black women as judges until we can figure out how to eradicate bias in other groups?

PS. And yes, I realize there are probably so few female black judges in Florida that that this might reflect the exceptional  personal characteristics of the ones who survived the sieving process that keeps them off the bench.  But there might well be more where they came from.

Update: A later speaker mentioned that while the black female judges were the most even-handed they also gave the longest sentences across the board.  So much so that a black defendant often might be better off appearing in front a white male judge even if that judge gave longer sentences to blacks than whites — because even the biased sentences were shorter overall.