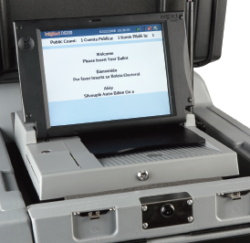 There are several easy choices on my ballot (not counting the Circuit Court and County Court judicial elections that I already blogged about).

Amendment 4: Yes. This is the good solar amendment, the one that supports solar power. The bad – very bad – one is Amendment 1, the poison pill that will be on the November ballot.

Congress FL-27: Scott Fuhrman (line 33). He’s taking good Democratic positions on the issues. I know a couple people who like Adam Sackrin, but he wouldn’t stand a chance in the general election–only Fuhrman has the backing to even make IR-L dip into her campaign war chest.

State Rep, District 114: Daisy Baez (line 66). Not only is she good, I think she’ll win the general election.

School Board, District 7: Modesto “Mo” Abety (line 105). Former CEO of the Children’s Trust; endorsed by all the good government groups. His main opponent, Maria Rojas, must hate trees given how many mailers I’ve gotten from her. She also must have a lot of money donated, which just plays into the narrative that she’s in bed with all the wrong special interests. But then in her case it’s almost literal: she’s the sister-in-law of Miami-Dade County Mayor Carlos Gimenez.

County Commissioner District 7: Xavier Suarez (line 113). He’s done a good job; certainly much better than I expected. People who remember “Mayor Loco” from the old days would be surprised.

That just leaves the two hard ones: The US Senate primary, and the Mayor’s race.

This entry was posted in 2016 Election, Miami. Bookmark the permalink.