Posted on September 3, 2014 by Michael Froomkin 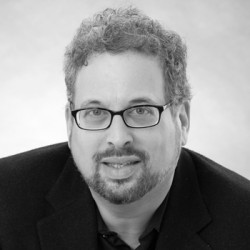 In most folks’ opinion, including mine, my brother Dan’s most successful media work was when he blogged about the White House at White House Watch from 2004-2009. Now Dan’s back with an expanded brief at The Intercept.

See the inaugural post, Froomkin Blogs Again: Obama Makes Bushism the New Normal. Lots of good stuff about how Obama doubling down on Bush-era policies that destroy privacy, and sweeping torture under the carpet, will make it harder than ever to eradicate either. Plus, there’s a summary of Dan’s new orientation (which, happily, intersects with some of my scholarly interests):

Even in a flawed press climate, a pretty compelling picture emerges when you connect the dots. I’ll be doing that relentlessly, and with a particular focus on the areas that concern me the most. Among them: National security issues and whistleblowing; the collapse of oversight; media failure; political exploitation of fear; torture; the corrupting influence of money; and the moral bankruptcy of the major political parties.

I also want to spend a lot of time exploring issues related to privacy policy in an era of ubiquitous data. NSA whistleblower Edward Snowden’s primary and most admirable goal was to spark a national conversation about surveillance and privacy. But the conversations that have ensued have been relatively narrow and muted.

I’ll be doing original reporting — from the Snowden archive, and elsewhere. I’ll be asking lots of questions. And I intend to serve as a megaphone for sometimes insufficiently heard people who have great ideas — and who have a track record of being proven correct over time, rather than, say, consistently wrong. (Nominees welcome!)

And I’ll be depending on readers to do it all. There’s so much more to keep track of than there was even five years ago — heck, keeping abreast of Twitter lately has been nearly a full-time job — so I’ll need help finding the newest, the most intriguing, the best and the worst. There will be new ways for informed readers to make important contributions to the discussion.

Most significantly, this is a work in progress. The principal goal that seems to be emerging at First Look Media — the umbrella organization financed by Pierre Omidyar that publishes The Intercept — is experimentation in the pursuit of accountability.

It’s great to see Dan back in this harness. Just one cavil: the title of his first post is “Froomkin Blogs Again”? What have I been doing here for the last decade plus?

This entry was posted in Dan Froomkin. Bookmark the permalink.

1 Response to Dan is Blogging Again