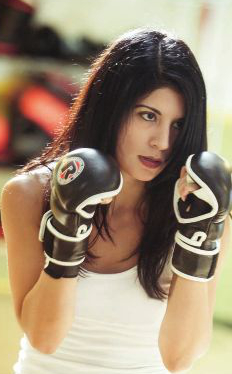 My colleague Mary Anne Franks is the subject of an unusual (for a law professor) profile in the current issue of Ocean Drive magazine. For those unfamiliar with Ocean Drive, it is a big thick glossy thing aimed squarely at the handmaidens of the plutocracy. The magazine celebrates Miami’s (and especially Miami Beach’s) moneyed party-goers, and is stuffed with ads for wildly expensive clothing and jewelery. In between the ads there are little articles about photogenic local celebutantes and charity party-goers. As far as I know, in 20 years in Miami I have never attended an event covered by Ocean Drive, but then again I’m hardly a regular reader. The thing does appear in the mail at my house — I’m guessing I got on their mailing list by subscribing to the Economist, which says something about either the Economist or Ocean Drive‘s demographic assumptions.

Anyway, Mary Anne is not Ocean Drive‘s covergirl — that’s a Bond girl — but she is the background for the table of contents, which must be the next best thing, and the subject of a writeup that begins, “Mary Anne Franks could shatter your kneecap if she wanted to” and goes on to discuss her expertise in Krav Maga, an Israeli martial art; it also touches on her expertise as a feminist legal thinker.

Before joining the Miami Law faculty, Mary Anne Franks was a Bigelow Fellow and Lecturer in Law at the University of Chicago Law School. She received her J.D. from Harvard Law School in 2007. She received her D.Phil in 2004 and her M.Phil in 2001 from Oxford University, where she studied on a Rhodes Scholarship. Mary Anne’s latest article is How to Feel Like a Woman, or, Why Punishment Is a Drag, which is forthcoming in the UCLA Law Review.

This entry was posted in The Media, U.Miami. Bookmark the permalink.