What Happens to the FDIC if the Debt Ceiling Is Not Raised? 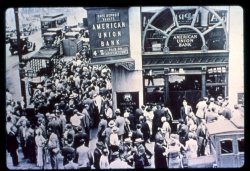 If the US hits the debt ceiling, will there be a run on the banks?

And if there is, would the dept ceiling impose any limits on the FDIC’s ability to raise funds in the event of a bank failure?

The two questions seem the same to me: if there is confidence that the FDIC will have all the funds it needs, there will not be a run on the banks. But if there is any doubt, there will be, creating the very problem…

So, does anyone know if the FDIC would be limited or not?

11 Responses to What Happens to the FDIC if the Debt Ceiling Is Not Raised?