More About the New (Temporary?) Building

My colleague Rick Bascuas has scored a picture of the proposed new Business/Law building and also a site location on a UM map (see my earlier post, UM Law May Have a New Building Much Sooner than You'd Think). Here's the artist's rendering: 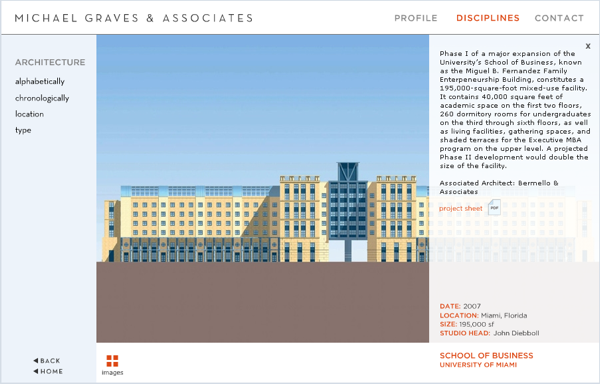 Rick has his doubts about the endgame:

Also, I’m wondering whether this doesn’t mean that the newly schismatic Powers That Be harbor secret doubts about reuniting the Law School into one new “state-of-the-art” facility. To be sure, they insist that they will. But I can’t help wondering. Not that I have any opinion one way or the other. I don’t.

Whether we get a new building turns on whether we can raise the $100 million or so it will cost to build it. We have a start on that with the trade-in value of our current building (unspecified AFAIK), and the trade-in value of the new building (which will be specified in the financing deal). But even so, it will require more money than we've ever raised in such a short period of years. Ordinarily I'd say it's hopeless, but for the fact that Donna Shalala has pledged to push hard to help us do it, and she's awfully good at this. That doesn't mean it will be easy. But we not only have naming rights on the new building to sell, there's the right to name the entire law school too. I'm sure you could buy that for way less than $100 million.

Having two buildings a five minute walk apart wouldn't be ideal for the school's long-term cohesion, and I wouldn't like it as a long-term solution. I very much hope it doesn't come to that. But even so, it would still be better than just having this one. And there's not much room to expand contiguously.