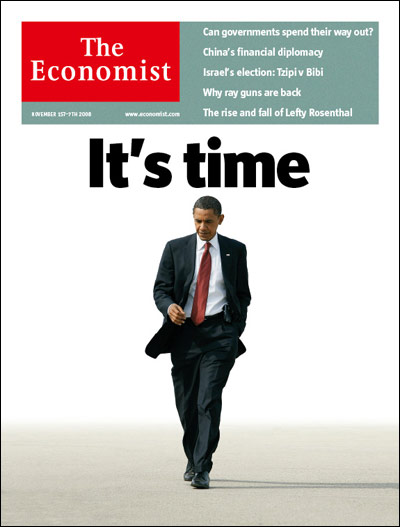 Personally, I would have preferred something a little more negative. Taddeo has run a positive, decent, uplifting campaign. That might have won it if outside groups like the DCCC had come through with the necessary negative ads exposing Ileana Ros-Lehtinen's views on the war (for it!), uninsured poor children's healthcare (against it if it involves paying for it!), social security (let's privatize 50% of it!), and her links to the Scientologists (I gather she's their favorite Congressperson).

But for some reason the DCCC failed to come through.

Can you be too decent to be elected? Yes you can.

People who begin with the premise that the Democrats must be wrong find inexplicable the electorate's apparent embrace of the Democratic message on healthcare, the economy, the war(s), social security, and energy security.

Comes now one “Dr. William D. Horton” (with an assist from Dr. Rush Limbaugh) to explain this seeming contradiction between what they take to be the natural order and the consensual reality we seem to inhabit.

Can you guess what they say explains Barack Obama's national appeal?

No, it's not the substance — that's ruled out by hypothesis. It's….wait for it…..hypnosis.

Yes, in this demented worldview, the US of A is being subjected to nearly diabolical mind control as the soothing slow voice of Barack Obama gently eases the viewing public to surrender its reason and its freedom via the application of neurolinguistic programming. It's so controlling, so clever, so soothing, that it's JUST LIKE HITLER. (As Dave Barry says, I am not making this up. The video being circulated by these guys culminates with footage of Hitler and jackboots.) The only way to survive is DON'T LISTEN TO HIM.

I know all this because I'm on some weird mailing list I didn't ask to be on in which something called “special guests” writes me all the time and offers me guests, one loonier than the next, for the talk show I don't happen to have. But today's email promoting Dr. Will B. Horton (wasn't he a character in Kudzu?) must surely take the cake.

Links to a nutty article and crazier video for those strong of stomach.

Less than a week to go. Expect even more stuff to crawl up out of the woodwork.

I made my (very brief) debut on French radio, in French, yesterday, via a tiny snippet from a long taped interview with a reporter from RTL, the big French radio network.

Although we talked a lot about the impact of the internet on the election, the excerpt they used, which appears near the end of the segment, is about the role of racism in the election, a subject on which I likely know no more than next guy. RTL.fr – “L'autre Amérique” (3) : les USA, pays raciste?

Judging from the interview requests I'm getting from foreign media, a lot of reporters based in Europe think that nice warm Miami — near the epicenter of the last two elections — is the perfect place from which to do their election-week coverage. And they seem to have persuaded their editors to authorize the trips…

In a recognition that the race is tightening, CQ Politics, a leading observer of congressional electoral politics, has just changed its rating for FL-18, the race in which Annette Taddeo is challenging long-time incumbent Ileana Ros-Lehtinen.

CQ Politics is a conservative and lagging indicator of of the degree to which incumbents are threatened. Here are how its ratings have changed for the South Florida Congressional races:

Personally I'd say the Democrats are out in front in FL-21, it's very close in FL-25 (but early voting is looking good! Go Joe!), and Annette Taddeo still has a little (but less and less) ground to make up in FL-25 FL-18.

But the bottom line is clear: no one is safe this year.