I used to think that Jim Dempsy was a good guy, someone who believed in protecting personal privacy.

Could I have been seriously mistaken? The evidence is pretty damning: President Bush has just nominated him to be on the Privacy and Civil Liberties Oversight Board.

There are, fortunately, three other possibilities.

First, the Privacy and Civil Liberties Oversight Board could have had all of its jurisdiction taken away, so this is a meaningless appointment. (Indeed, for a long time the Bush administration made sure that it never met.) But surely that's not it: the Board actually has more heft than it used to, thanks to amendments in H.R. 1 passed last year.

Second, the appointment could be a lame duck's petard planted under the next administration: 'Take that Obama! Not only will we burrow into the senior ranks of the bureaucracy, but we'll stack the independent oversight board with people who'll give you tsursis! Heh heh heh.' After all, the appointment won't take effect until the Senate acts, and it lasts for five years. That means basically none of anything Dempsey does while on Board will be on Bush's watch. 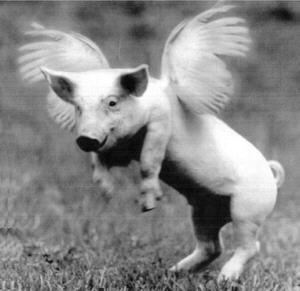 This entry was posted in Law: Privacy. Bookmark the permalink.