Perennial Presidential candidate George Romney's defining moment, however unfairly, was when he said in 1967 he'd been “brainwashed” about the Vietnam War. It followed the sometime Michigan Governor around for the rest of his long and endlessly diminishing political life. 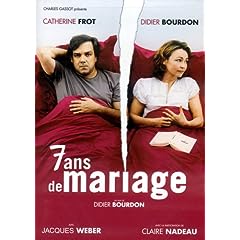 Like father, like son? Forty years later George's son Mitt, also a former Governor, is running for the GOP nomination. And he just said something really weird:

In France, for instance, I'm told that marriage is now frequently contracted in seven-year terms where either party may move on when their term is up. How shallow and how different from the Europe of the past.

I don't care if he's tripping, or getting his information from watching French sex comedies, but surely this level of ignorance about Europe ought to disqualify someone from serious consideration for national office?

Or, is it really the case that in the modern GOP this sort of ignorance about Europe — especially France — almost serves as a platform?

5 Responses to A Romney Moment?