Discourse is OK, But Beware of Law

Great Firewall of China lets you test if your website is blocked by the Chinese government. 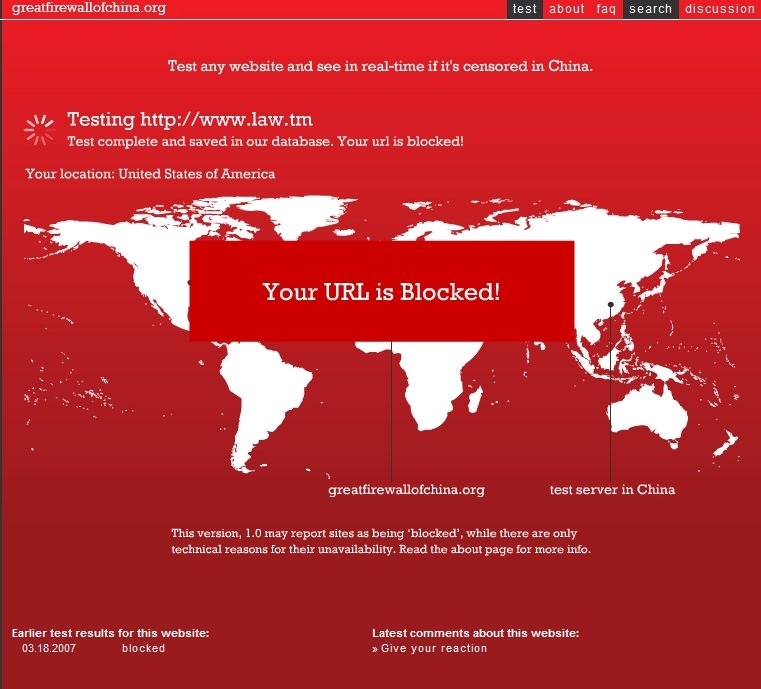 This blog is not blocked, but my homepage, law.tm is blocked. Go figure.

This entry was posted in Internet. Bookmark the permalink.

4 Responses to Discourse is OK, But Beware of Law